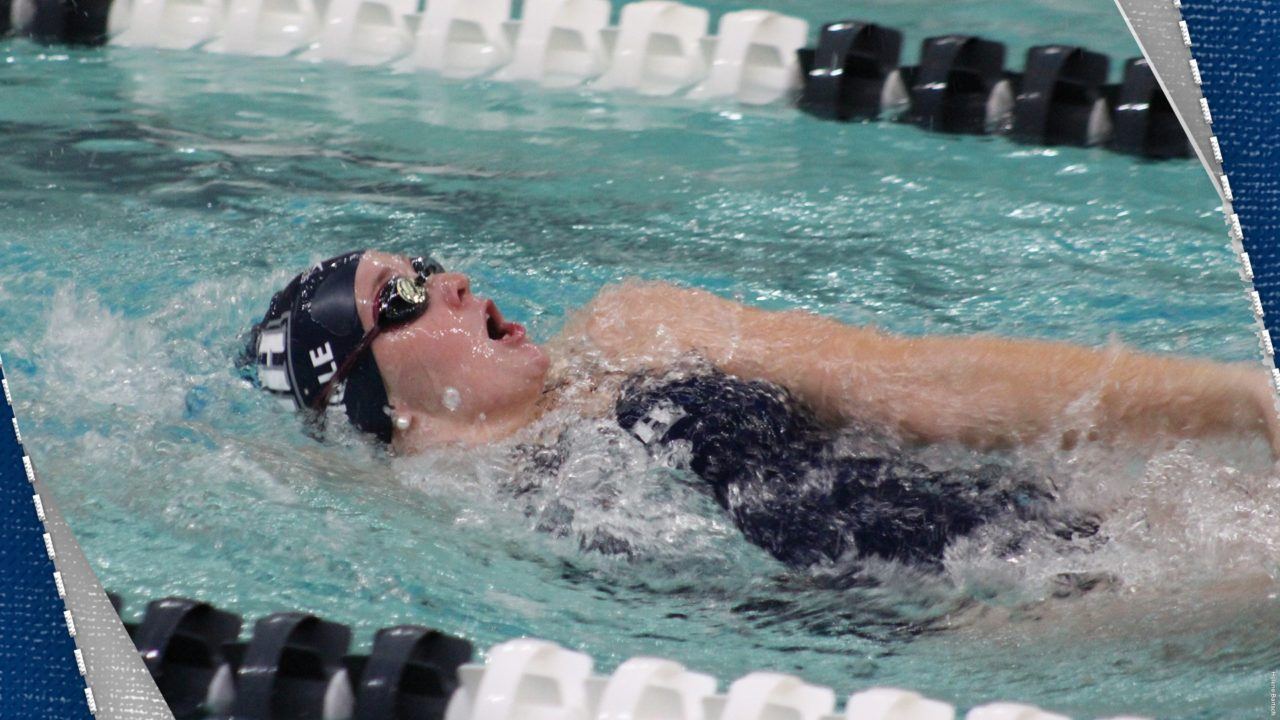 UP NEXT:
UNH will compete in the America East Championships at WPI in Worcester, Mass. on Feb. 14-17. The Wildcats are the defending America East champions and are looking for their eighth title.

ORONO, Maine — The University of Maine women’s swim and dive team dropped its home meet to New Hampshire, 186-112, on Friday evening at Wallace Pool. The Black Bears picked up five individual victories and a pair of relay wins against the Wildcats.

Juliana McDonald led the Black Bears, picking up two individual wins while serving on a pair of Black Bear winning relay teams. McDonald took first place in the 50-yard freestyle at 23.55 and touched the wall first in the 100-yard freestyle with a time of 52.00.

The team of Strolic, Nuttall, Chen and McDonald took home first place in the 200-yard medley relay with a time of 1:47.72. Ines Khiyara, Emma Blair, McDonald and Chen were the winning team in the 400-yard freestyle relay. The group combined to finish at 3:36.90.

Maine is back in action on Saturday when they host Providence on Senior Day. Diving begins at 11 a.m. with the swimming events set to start around noon.