Summer Mortimer Not Named Among 18 for Dutch Paralympic Squad 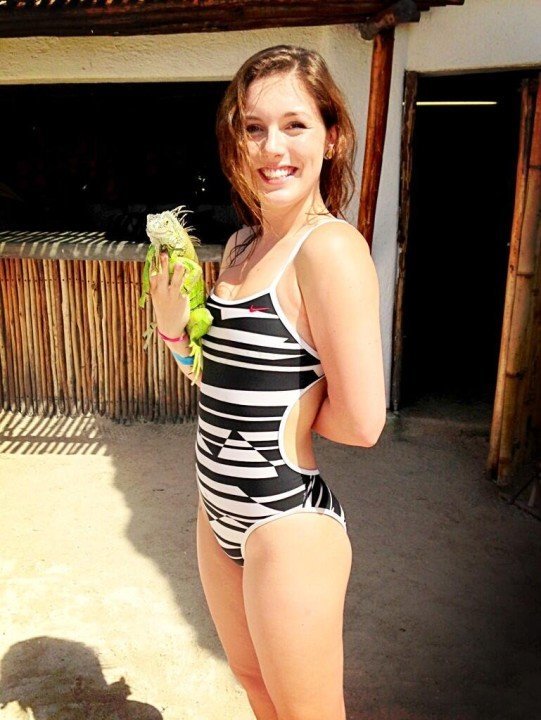 The Dutch Paralympic list is out, and Summer Mortimer, IPC world record holder in five events, is not on the team. Current photo via @SummerMortimer Twitter

Summer Mortimer, the current S10 world record holder in five events, was not named to the Dutch Paralympic team for this summer’s Games in Rio.

Mortimer is one of the best S10 swimmers on record, with four medals (including two gold) from the London Paralympics and five IPC World Championship golds on record. She also holds a number of European records.

Before her injury, Mortimer, originally from Canada, competed in the 2008 Canadian Olympic Trials. She continued to compete for Canada for much of her paraswimming career, until 2014, when she was granted Dutch citizenship and began to swim internationally under the Dutch flag.

Mortimer did not compete in Eindhoven this weekend; however, the Royal Dutch Swimming Federation allowed for qualification at other meets.

With Mortimer off the lists, Lisette Teunissen is the most experienced swimmer on the Dutch Paralympic team, after swimming in the 2008 and 2012 Games. Teunissen (50 back), Marc Evers (100 back), and Michael Shoemaker (50 breast) each have a 2012 Olympic title to defend in Rio de Janeiro.

According to the KNZB release, Dutch Paralympic coach Mark Faber said of the team (loosely translated) “In Rio we will start with 18 swimmers, which is more than in London. We have a lot of young talent and some experienced swimmers. We have made ​​great strides with this selection. It is a professional team that is serious about the sport.”

Janice – it’s a dog whistle. This anonymous coward appears to be one of pack who know juuuust enough about classification to be dangerous and seem to think that swimming slowly makes you look ‘worse’ and somehow influences the classification team to re-class you.

Basically without knowing your daughter, without sitting on a classification team or having access to the sheet, they’ve taken it upon themselves to anonymously claim that your kid isn’t gibbled enough and should be N/E.

I don’t see any reason to pay them anymore attention than any other whinging troll.

Not quite sure what you mean in reference to Summer and cheating. She is clean. She stepped away due to health complications. She is hoping to return once her health is in order. I suggest you word your comments more carefully and state facts and not your personal opinion, which in this case could not be further from the truth.

So Mortimer isn’t able to go to Rio AT ALL, or is she going to respresent Canada instead? Is she able to go?

Amy – she’s not competing in Rio for any country.

So, not at all? Because there is technically a IPT….

And if there is any justice, a similar announcement from Australia regarding Maddison Elliott and Lakeisha Patterson omission from the Australian Swim Team is imminent.

No place for cheats in our sport.

The fact that the IPC elects to make it easy for cheats is an entirely different story and one which I hope once it is aired ensures a clean sweep through the organization.

@ No Cheaters. Please explain what you are referring to as No Cheaters?