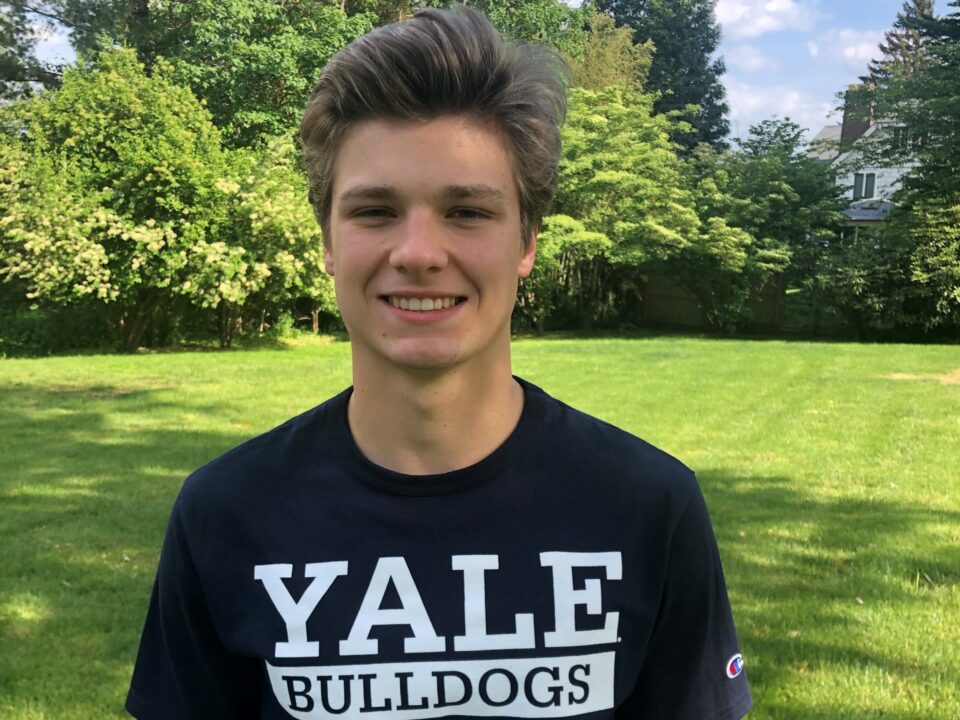 Greenwich YWCA Dolphins Swim Team's Alex Hazlett has verbally committed to swim for Yale, following in the footsteps of his father, a former Yale captain. Current photo via Alex Hazlett

Greenwich, Connecticut’s Alex Hazlett has announced his verbal commitment to the application process* at Yale University for the 2022-23 school year. His sister Kate Hazlett is a rising sophomore at Harvard and their father, Robert (“Bert”) Hazlett swam for Yale in the class of 1987. He was captain of the Yale Swimming and Diving team and was a program record-holder in the 50 free and as a member of several relays.

“I am proud and honored to announce my commitment to the admissions process to swim and study at Yale University!! I could not be more grateful to my family, friends, and coaches for their endless support in helping me get to this point. Go Bulldogs!! #boolaboola”

Hazlett is a member of the class of 2022 at Brunswick School where he swims and plays varsity baseball. A two-time USA Swimming Scholastic All-American, he was a member of the Brunswick 4×100 SCM freestyle relay that broke the National Independent School record in December 2019.

Hazlett does his year-round swimming with the Greenwich YWCA Dolphins Swim Team. His top SCY times include:

Hazlett will suit up for the Bulldogs in the class of 2026 with Finn Henry, Jack Maketa, Lucius Brown, Nareg Minassian, and Tommy Park.

Gosh… there is more info about the father than the kid.

There are 37 words in a 459 word article about his father, so you must be using a different standard for “more info” than I am.

Yea… too many words about the father.

When is Yale going to build their new pool that they have been talking about for years? Just curious…..