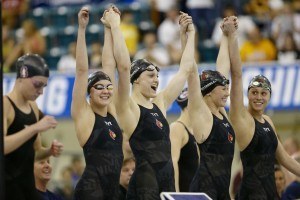 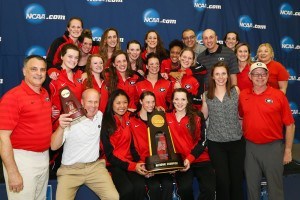 After an early DQ in the 200 free relay, the Stanford Cardinal recovered about as well as a team can on day 2 of the 2016 NCAA Swimming & Diving Championships.

After Ella Eastin swam the all-time fastest 200 IM, the Stanford 400 medley relay came back and did the same to end the session.

All swimmers on the Stanford relay were underclassmen aside from Haase, and the Cardinal expect to get back redshirted Simone Manuel, the fastest 100 yard freesytler in history, next season.

Poor Stanford, could have been in 2nd place but the DQ down in 6th.