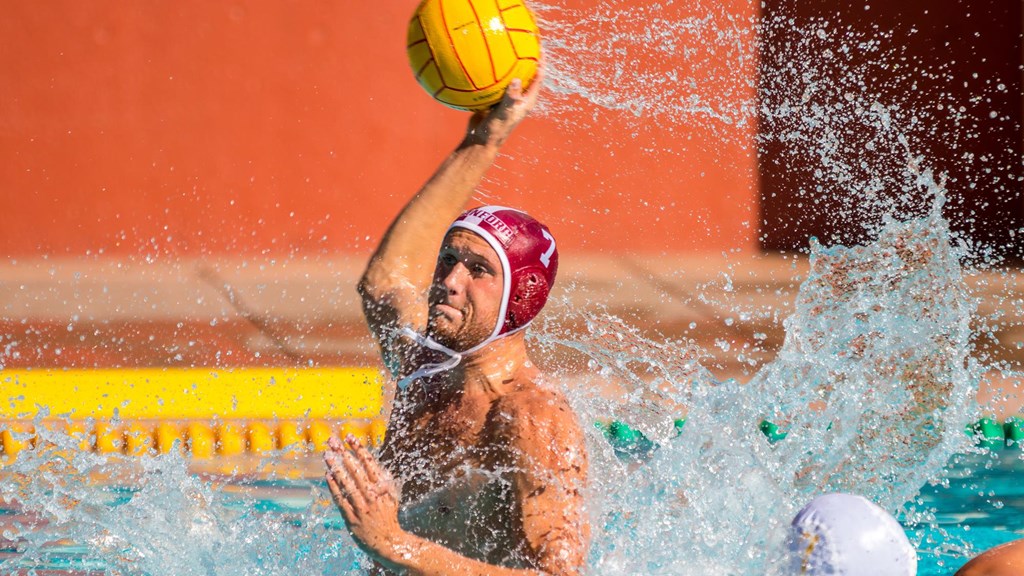 The six collegiate men's water polo conference champions have been decided and the CWPA Top 20 poll has adjusted to reflect the results. Current photo via Scott Gould, Stanford Athletics

The six collegiate men’s water polo conference tournament champions have been decided and the CWPA Top 20 poll has adjusted to reflect the results ahead of the NCAA Championships and USA Water Polo Division III Championships.

USC, which was tied for the top spot for the last two weeks, dropped to #2 after a third place finish in MPSF tournament play. The Trojans fell to Cal 12-9 before rebounding with a 10-6 win over UCLA.

UCLA, which finished fourth at the MPSF Tournament, remains at #3 for the third straight week, despite going just 1-2 at the conference championships. The Bruins topped Penn State Behrend 27-4, before falling to #1 Stanford 16-15 in overtime and #1 USC 10-6 in the third place match.

Golden Coast Conference tournament champion Pepperdine and GCC regular season champ Pacific are tied with the Bruins at the #3 spot, after ranking fifth and fourth a week ago. The Waves moved up from #5, while the Tigers climbed one spot from #4.

Pepperdine defeated #5 UC Santa Barbara 10-9 in overtime and #8 Long Beach State 14-12 to claim the title. Balasz Kosa and Sean Thomas paced the team with hat tricks in the win over the Gauchos, while Kosa tacked on four scores vs. LBSU.

Long Beach State moved up from #8 to #7 after topping then #4 Pacific 13-12 in the semifinals of the GCC Championships.

Cal, which was the runnerup in the MPSF Tournament, actually dropped one spot from #7 to #8 despite downing then #1 USC 12-9 in the MPSF semifinals. The Bears fell to Stanford 17-11 in the championship match.  Jordan Hoover notched a hat trick in the win over USC, while Safak Simsek led the way with four goals in the title match.

Northeast Water Polo Conference regular season and tournament champion Harvard, remains at #9 for the seventh week in a row. The Crimson downed #19 Princeton 8-7 to win the NWPC tournament crown and move to 29-0 on the year.

Cal Baptist shot up the poll three spots from #17 to #14 after posting its best-ever WWPA tournament finish. The Lancers moved past Santa Clara 12-10 in the third place game. PJ McDonough scored four goals to lead the team in its season-ending win.

Loyola Marymount dropped five places from 17 to 12, while Fordham fell out of the poll, moving from #16 to a spot among the vote getters outside the Top 20. The Lions fell to RV Santa Clara 11-10 in overtime on Friday, before rebounding with a 21-10 victory over Concordia (Irvine) in Saturday’s fifth place match. Joseph Cavazos scored six times to help LMU to a season-ending victory.