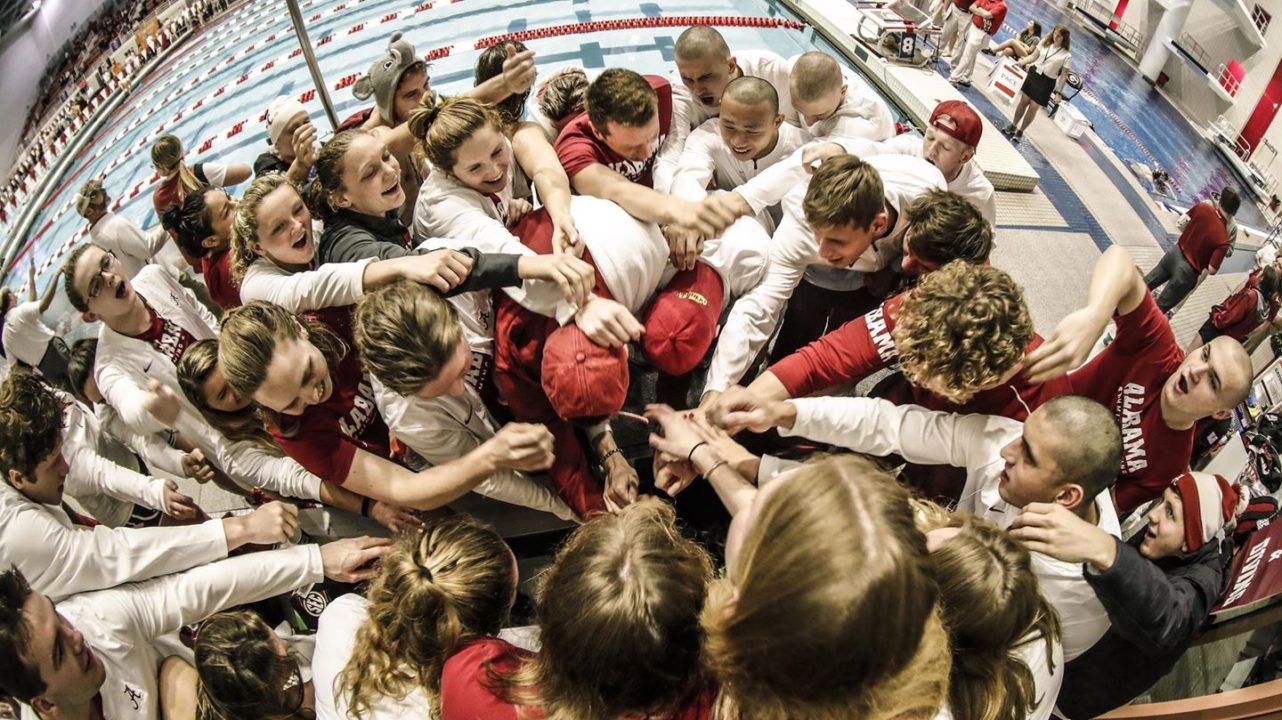 New Alabama head coach Coley Stickels continues to round out his staff. One day after we learned that former FSU assistant Ozzie Quevedo is expected to be named as the associate head coach, Alabama announced that St. John’s head coach Reed Fujan would also join the staff.

Fujan just completed his first season at St. John’s, a men’s only institution in Minnesota. The team finished 5th out of 8 schools in the Division III Minnesota Intercollegiate Athletic Conference in Fujan’s only season. During the 2017-2018 season, Fujan served as a volunteer assistant coach at Indiana University, and swam for Notre Dame, graduating in 2017.

Courtesy of University of Alabama Athletics

A 2017 graduate of Notre Dame, Fujan served as a volunteer assistant at Indiana while Stickels was the Hoosiers’ associate head coach. The Hoosiers won their second-consecutive Big Ten Championship and finished third at the NCAA Championships while Fujan was part of the staff.

“Reed is one of the best young coaches in the nation and we’re excited to have him here in Tuscaloosa,” Stickels said. “Not only is a great technical coach, but he does an amazing job evaluating talent and potential, which is crucial on the recruiting trail.”

Prior to embarking on a coaching career, Fujan swam for Notre Dame, serving as co-captain his senior season. A two-time Academic All-ACC honoree, he earned a degree in management consulting major in 2017. A three-time All-American, he clocked the second-fastest 200 freestyle time in Notre Dame history during his career. He earned the Irish’s Most Improved award and the Charles Blanchard award as a sophomore.

A native of Byron, Minn., Fujan was a three-time Minnesota state champion while competing for the Rochester Swim Club Orcas. He earned the team’s most valuable award from 2010-13.

Another great hire! Reed was a game changer at IU

Talk about a fast riser in the coaching ranks! Congrats!