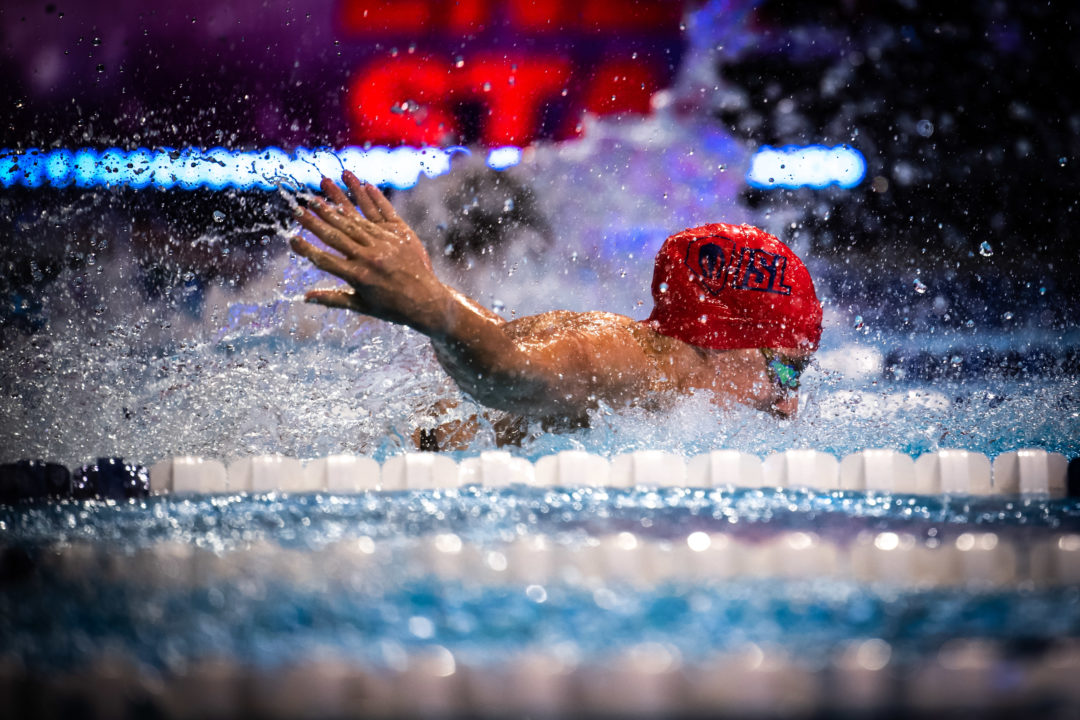 Banic admitted that just weeks ago, she had reached out to a lot of different ISL teams but most weren't even interested Current photo via Mike Lewis/Ola Vista Photography

I sat down with Energy Standard butterflier Madeline Banic. Banic has had a really interesting last few years, especially considering that she basically retired, then 3 months later decided she still wanted to keep swimming, and now is competing at the highest international level. Even just weeks ago, Banic admits she had reached out to a lot of different ISL teams but most weren’t even interested. However, Energy Standard took a chance on her and it has paid off.

After Sarah Sjostrom was announced for the last match due to a back injury, Banic filled in in the 50 and 100 fly, taking 2nd in the latter and blasting a 24.9 in the former to take 1st and win ES big points.

Great interview. Very personable and was interesting to hear about the things she discovered about her training during the break from Covid. Best of luck!