Sprinter Stanzi Moseley to Transfer to Tennessee from USC 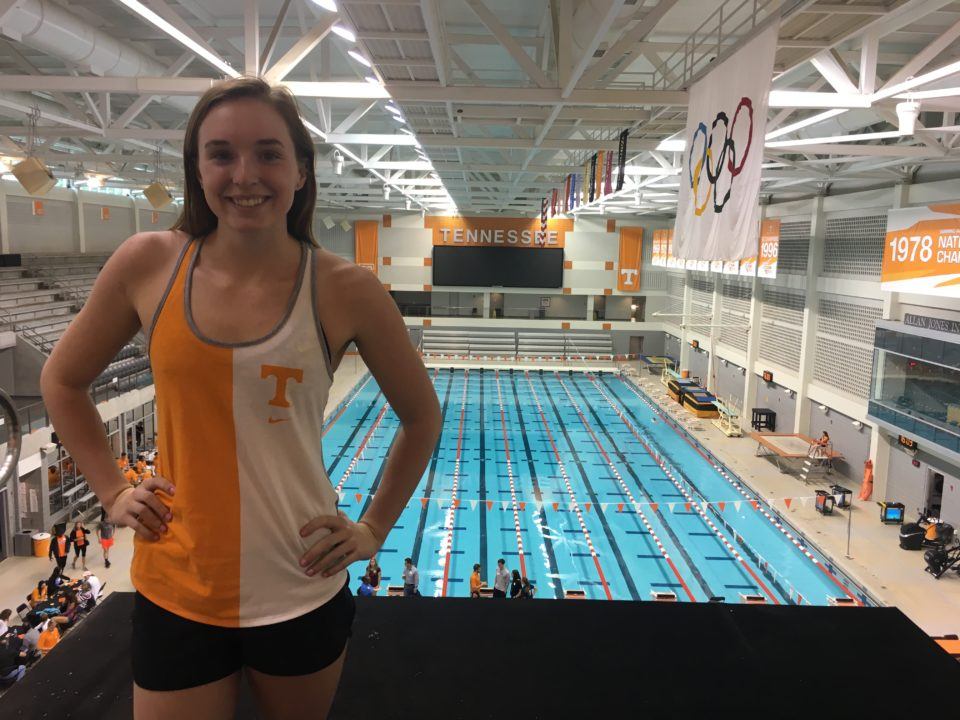 "I am excited to announce that I will be transferring to the University of Tennessee this fall!" Current photo via Stanzi Moseley

“I am excited to announce that I will be transferring to the University of Tennessee this fall!”

Moseley, who grew up in Bakersfield and was homeschooled, was part of a USC recruit cohort that also included Abby Miller, Becca Mann, Catherine Sanchez, Louise Hansson, Piper Brockley, and Tatum Wade. She was one of the top sprinters in the high school class of 2016, with Olympic Trials qualifying times in the 50/100/200 freestyles.

Moseley was a Junior National Team member and competed for the U.S. at 2015 Junior World Championships. Her top times as of August 31, 2016, prior to joining the Trojans were:

She represented the Trojans at NCAAs in the 50/100/200 free, and although she did not final in any of the individual events, Moseley earned All-American honors for her legs on USC’s 200/400/800 free relays.

Moseley will have an immediate impact on the Vols’ results. She would have won the 200 free at 2017 SECs; moreover she would have been the only Volunteer in the A final. She also would have joined rising junior Maddy Banic in the A finals of the 50 and 100 frees, and been the fastest leg on Tennessee’s 400 and 800 free relays.

will she lose a year of eligibility?

buckeye499 – those things don’t technically get decided until the end of athletes’ careers, in spite of what is popularly discussed. However, no indication she would have any reason to lose a year on the transfer. That rarely happens in swimming, if ever.

Her boyfriend, Taylor Abbott, is a distance swimmer on Tennessee.

oh my, I hope she didnt bias her choice on schools because of him

I’m sure that was part of the reason

Meehan obviously is a great coach but Ledecky, Neal, and Eastin were all age group record holders long before college.

why the hate for Salo

Agree with Coach. Not sure why any serious or scrupulous swimmer would want to be associated with this team, and Mr. Salo.

no one on the current team and the vast majority of his former swimmers have never failed any drug test, including Morozov

Morozov never tested positive, but his sample was tampered with.

ok, he has been tested dozens of times. even if one sample was tampered with, no other sample has tested positive.

So did Lance Armstrong. So what’s your point?

If Salo’s track record of indifference to doping and tolerance for dopers doesn’t speak for itself, his own well-publicized words on the subject certainly do. At any rate, you can choose to defend it if you like. I politely decline to do so.

I’d like to note that I am also not a huge fan of Salo, but am a HUGE fan of Catherine Vogt. I think people overlook her despite the fact that she coaches their distance group. She has had so much success as well, most notable Haley Anderson! I think people overlook the assistant coaches sometimes despite the fact they often have just as big of a role as the head coach!

this is great for Tennessee