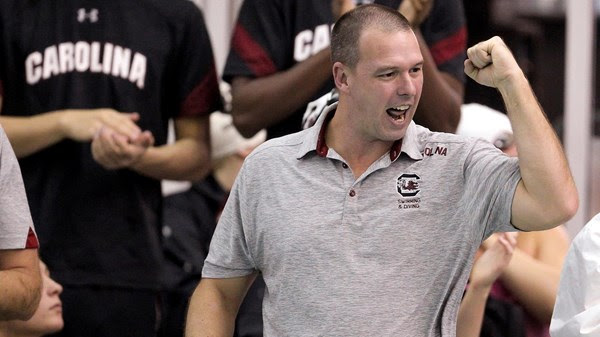 The women will also take on Ohio University when they travel to Kentucky.

The Gamecocks will wrap up their fall schedule with their seventh-straight appearance at the three-day Georgia Tech Invitational Nov. 15-17. Carolina will finish its dual-meet season by taking on East Carolina and Georgia Tech in back-to-back weekends on Jan. 11 and Jan. 18., respectively.

South Carolina will extend its streak of hosting the S.C. College Invitational to four years as it hosts the meet Jan. 24-25. to wrap up the regular season.

The 2020 CSCAA National Invitational will return to Cleveland, Ohio on Mar. 12-14 while the season will conclude with the men’s and women’s NCAA Championships, which will take place in Indianapolis, IN, and Athens, GA, respectively. The women’s championships will take place from Mar. 18-21 while the men will finish off their season Mar. 25-28.

The Gamecocks divers will also participate in two diving-only invitationals, the Auburn Invitational Dec. 15-19 and the Tennessee Invitational Jan. 1-5. The NCAA Zone B Diving Championships will take place from Mar. 9-11.

Moody is a great guy and fine coach. He is at a tough spot at USC

How is moody not fired yet