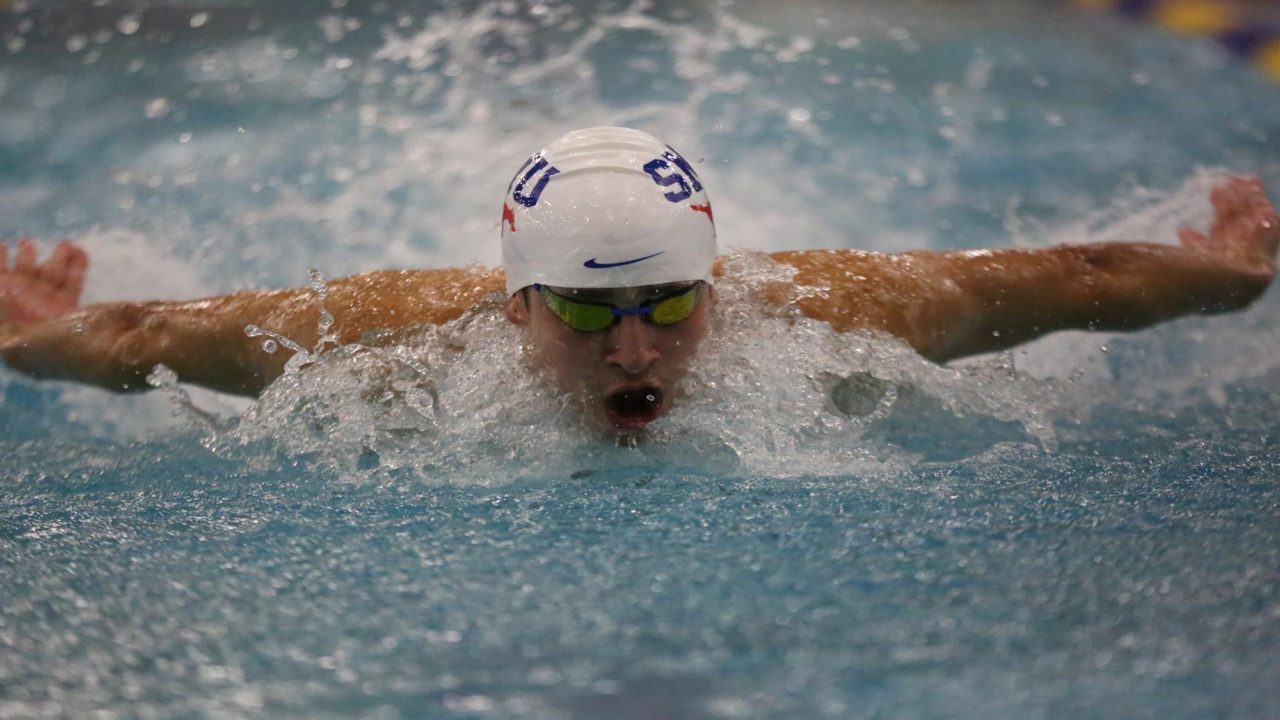 Former SMU standout and Colombian Olympian Jonathan Gomez has been selected to compete in the International Swimming League as part of the NY Breakers. Current photo via SMU Athletics

NEW YORK – Former Mustang standout and Colombian Olympian Jonathan Gomez has been selected to compete in the International Swimming League as part of the NY Breakers.

Gomez spent two seasons on the Hilltop, and is the current program and American Athletic Conference record holder in the 200-yard butterfly, 500-yard freestyle and 400-yard individual medley. He reached the NCAA B standard in each of the three events in 2017 and 2018, and competed at the NCAA Division I Swimming and Diving Championships as a junior. In his two seasons, Gomez collected six individual conference championships and seven total all-conference honors en route to back-to-back Most Outstanding Swimmer accolades.

A member of the 2016 Colombian team at the Rio Olympics, Gomez competed in the 200-meter butterfly. He advanced to the event’s semifinals and finished 15th overall.

Competitions will take place October through December, with the global championship held Dec. 20 at the Mandalay Bay Events Center in Las Vegas. The Breakers are set to compete Oct. 18 & 19 in Lewisville, Texas.