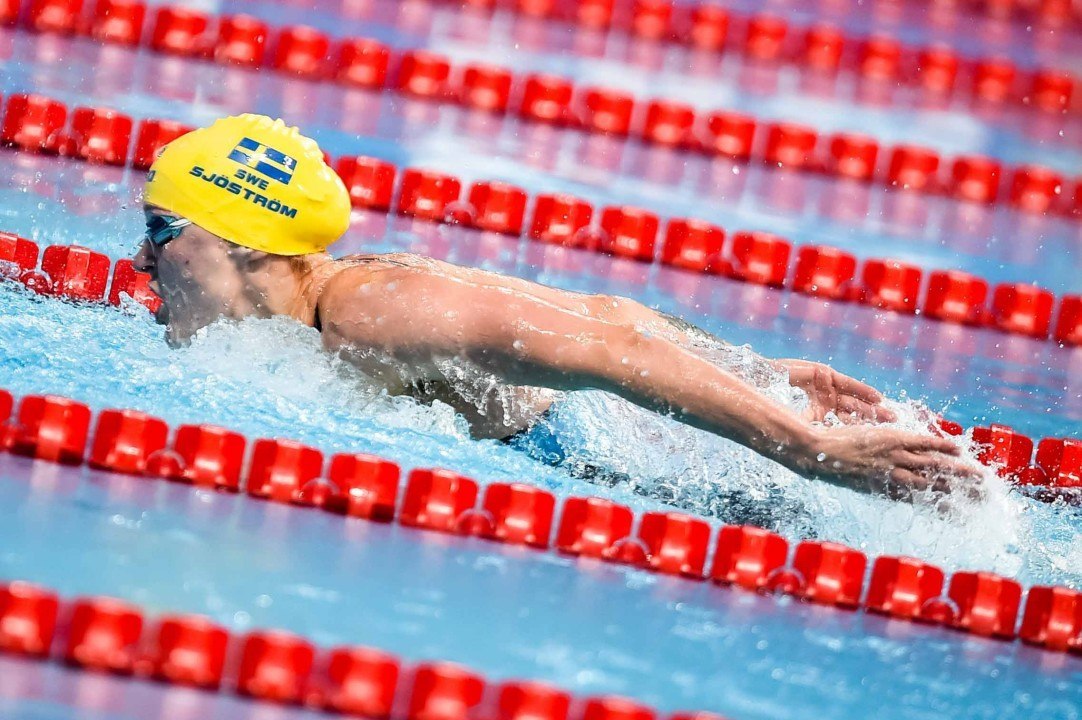 Swedish superstar Sarah Sjostrom continued to put on a dominant display at the Swedish Summer Nationals on day 4, easily collecting a win in the women’s 50 fly in a time of 25.15.

Sjostrom is the only woman to ever crack 25 seconds in the event, including doing it five times this year. Though she was slightly slower with this performance, only one woman, fellow Swede Therese Alshammar, has been faster than Sjostrom was today (in 2009, no less). She ties her swim from March of last year for the 18th fastest of all-time, and now owns 19 of the fastest 20 swims in history.

Sjostrom was back in action at the end of the session in the medley relay, splitting a swift 55.96 on her team’s fly leg. Other notable splits came from Johansson (1:05.97) on breaststroke and Michelle Coleman (1:01.39) on backstroke. Helsingborgs came away with the win in 4:12.46, led by Sophie and Louise Hansson who split 1:08.5 and 58.7 on the breast and fly, respectively.

Sjostrom no show in 100 free? What happened?

Getting ice cream with Michelle Coleman, according to Instagram

She felt that 5 days of racing was too much for her in hard training. Se said that she wanted to come home and rest and start to get in form for WC. She did the same thing last year at Swedish championships so you don’t have to worry 🙂

From the prelim results, it looks like Sarah Sjostrom DNS this morning’s prelims

Thanks. Michelle Coleman won the 200 back and I assumed I was looking at 200 free, my mistake.

I’m Swedish and I watched the race, she was very fast but her finish was not so good. She had to glide pretty much, like in World Championships two years ago in Kazan. She would definitely have had a time under 25 seconds if the finish was a bit better.