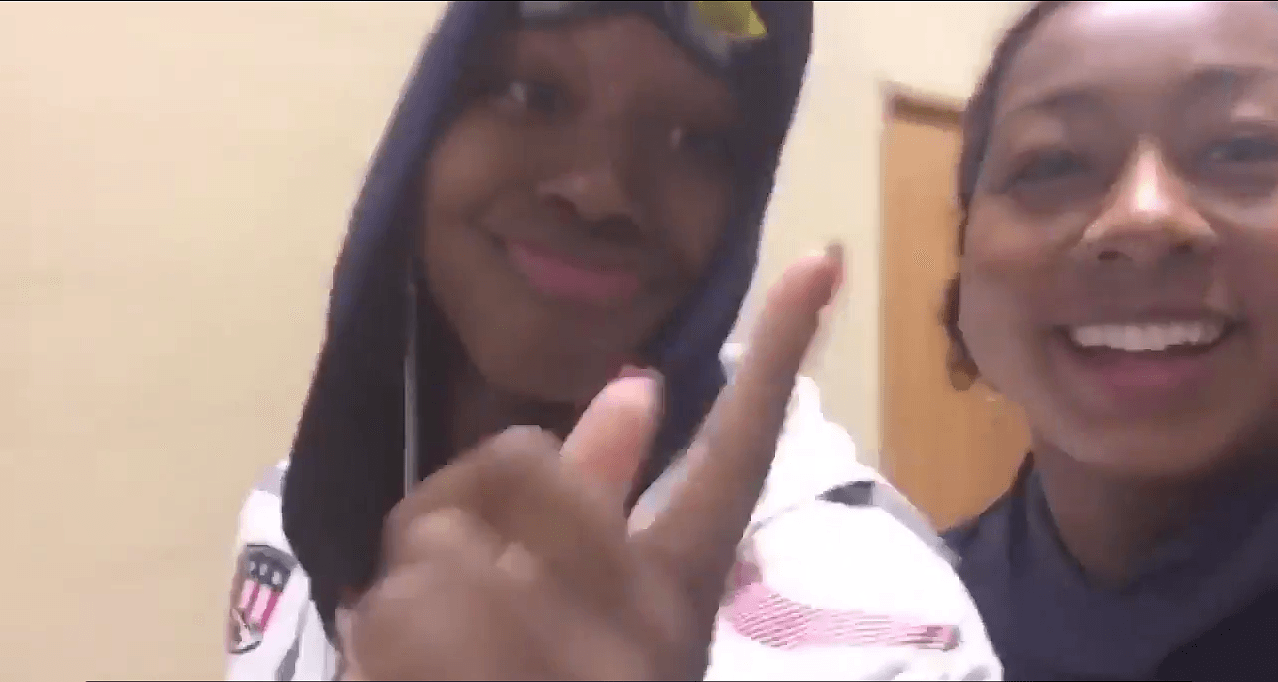 Simone Manuel and Lia Neal put together a music video of clips from Olympic swimming in Rio featuring all of your favorite American 2016 Olympians.

Besides many shots of the video’s two talented actor-director-producers, you can see some smooth moves by Leah Smith, Lilly King, and Katie Ledecky.

The video is set to “This Girl” by Kungs vs. Cookin on 3 Burners.

This isn’t the duo’s first go around with filmmaking leading up to the Rio Olympics. Going into the Games, Manuel and Neal set up “Working Hard or Hardly Working,” a parody movie trailer based on their #roadtorio.

Working Hard or Hardly Working? Follow @LiaNeal and I on the ROAD TO RIO! ???????? ????@RussellMark1226 pic.twitter.com/UFAewZLmlf

Then, during training camp, they put together “Two Lit Girls” set to Beyonce’s “Grown Woman.” This video (below) features fellow Stanford swimmer DiRado.

Manuel scored a pair of gold and a pair of silver Olympic medals this month, with a gold in the women’s 4 x 100 medley, silver in the 50 free, and silver in the 4 x 100 free relay. Her most exciting race of the week, though, was her historic win in the 100 free, an exact tie for gold with Penny Oleksiak of Canada.

Neal, meanwhile, won a silver medal from swimming in the heats of the women’s 4 x 100 free relay. Neal also won a bronze medal for the same relay in London in 2012.

Beats the hell out of that lame carpool kereoke video. LOVE the first one especially. Well done, ladies; both in the pool and with the videos.

carpool karaoke was great, especially the pokemon song. just cause its a bunch of dudes and you know it was bound to happen.

I guess I didn’t stick with it that long. I was expecting something awesome after 2012’s “Call Me Maybe.” ~90 seconds into Carpool Karaoke, I was like “meh” and clicked out.

Simone needs to turn professionally immediately and reap the benefits of winning gold. I would hate to see her leave money on the table like Missy.