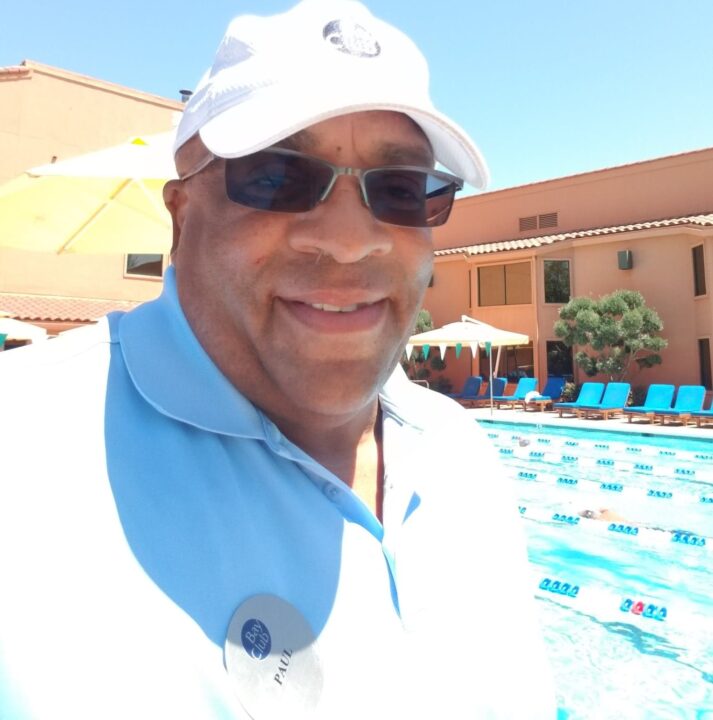 Paul Murphy of the Lawrence Aquahawks will take over USA Swimming Silver Medal Club the Dayton Raiders for the upcoming season.

The Dayton Raiders in Beavercreek, Ohio has announced Paul Murphy as the club’s new head coach.

Murphy comes to the club from the Lawrence Aquahawks in Kansas. Murphy has a long resume, having coached swimming in 1981. Among his stops were as head coach at West Coast Aquatics, assistant senior coach at Palo Alto Stanford Aquatics, and Director of Age Group Swimming at PEAK Swimming in California.

Murphy swam collegiately at the University of Missouri – St. Louis and South Carolina State College. He was an All-America honoree in the 100 and 200 breaststrokes.

According to a press release, Murphy “values family and positive team culture along with success in the pool. He feels strongly about nurturing the “whole” child.”

The Dayton Raiders are a USA Swimming silver medal club that has developed a number of high profile NCAA DIvision I athletes. Recently, that includes Cody Bybee, who as a junior last season won four All-America honors as a member of Arizona State’s relays. That includes a leg of their NCAA runner-up 400 free relay.

Murphy replaces Kevin Weldon, who retired from coaching this summer after a 42+ year coaching career.

Very happy to welcome Paul to the Raiders! Can’t wait to see what the future holds!

Congrats Coach Paul! So proud!!!
Dayton Raiders got a good one!