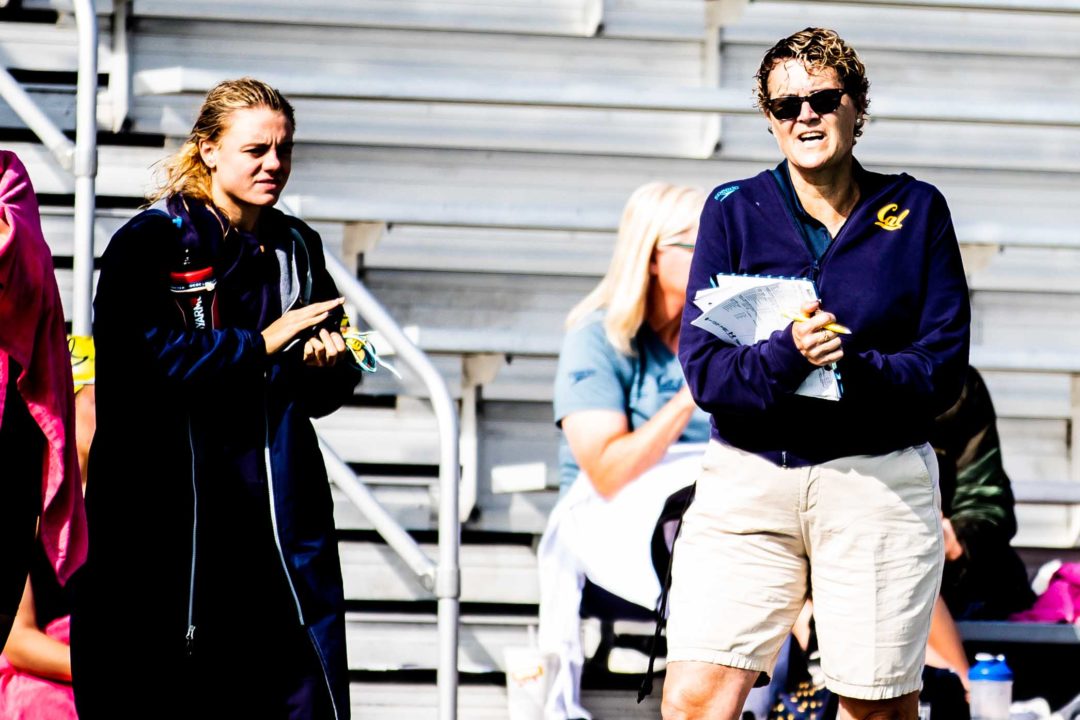 A group of researchers from various universities around the United States recently published a paper highlighting the role of sexism in women’s collegiate swimming and diving coaching.

The paper, titled “She is the Best Female Coach”: Female Swimming Coaches’ Experiences of Sexism” was published by Dr. Jessica L. Siegele of UNC Pembroke, Dr. Robin Hardin of the University of Tennessee, Dr. Elizabeth A. Taylor of Temple University, and Dr. Allison B. Smith of University of New Mexico. Dr. Siegele, the lead researcher on the project was a swimmer at the University of Kentucky from 2001-2005, and coached at various levels, including time at Ashland University, California University of Pennsylvania, Univ. of Pittsburgh, and Colorado College.

Within the paper, the researchers analyze obstacles faced by women’s collegiate swimming and diving coaches utilizing the Ecological Intersectional Model, which “captures how a person’s whole identity constrains their ability to interact with others and engage with their environment.” Utilizing this model, the researchers identified several barriers for women in coaching, including:

They then furthered their investigation, collecting qualitative data by interviewing 21 female NCAA Division 1 swimming and diving coaches with varying levels of experience, including: head coaches, associate head coaches, assistant coaches, and recently retired coaches. During these interviews, all of the participants answered questions regarding their personal coaching history, their training and education as a coach, and their perceptions regarding the gender imbalance in the profession.

Based on this study, the group was able to conclude that there is “a pervasiveness of gender bias in the swim coaching profession,” notably manifesting itself in five different forms of sexism, “(a) misidentification (b) differential treatment, (c) tokenism, (d) isolation, and (e) motherhood.”

Dr. Siegele commented on her team’s findings, stating, “On a personal level, I experienced many of the things the women in this study did. For me specifically, the misidentification happened very regularly. People have a really strong and largely unconscious bias of what a coach should look like.”

“As for the categories of sexism, I want to emphasize that every coach’s experiences are unique and do not fit nicely into boxes. However, I wanted to be able to help people make sense of these women’s experiences. I would say my categories are probably imperfect, but I think it may help our understanding of the issue if we can identify specific areas where women are being harmed by sexism.”

“I don’t think that any woman who has coached collegiate swimming will be surprised by my findings. But I also don’t want to paint the picture that this is the singular reason women are not represented in better numbers in collegiate coaching. Coaching in general has a massive work-life balance problem. While this affects both genders, we know that women often bare a higher load of domestic responsibilities.”

The group’s study comes at a time during which only 16% of NCAA Division 1 women’s swimming and diving programs have female head coaches, despite the fact that almost half of USA Swimming’s registered coaches are female.

In an annual report published in 2019 The Tucker Center for Research on Girls & Women in Sport, division 1 swimming and diving received an “F” grade for the percentage of women head coaches. In that report, only 31 of the 134 programs analyzed had female head coaches. The 2020 version of the Tucket report has not been published yet.

If “homologous reproduction” is a barrier, how is it that >50% of med school students are women?

“Homologous reproduction” actually refers to the ‘old guard’ just choosing people who look like them. I actually had to look it up too.

1
0
Reply
The Importer AND Exporter
Reply to  Doconc

Homologous reproduction has been found in other similar studies. If you read the paper, I list it as a potential barrier, but it was not a finding in this study. In coaching we actually find that homologous reproduction goes both ways. Female head coaches are more likely to hire female assistants as well.

Now do medical school faculties, where, despite holding over 40% of faculty positions, relatively few leadership positions (only 18% of department chairs and deans) and are less likely to be advanced in their first 7 years compared to men. https://www.aamc.org/data-reports/data/2018-2019-state-women-academic-medicine-exploring-pathways-equity

You didn’t take the effort to actually look at the data. Women have made up nearly half the medical school classes since the 1990s, and there have been large increases in women at lower ranks for well over a decade, yet there have been very small gains in leadership positions or tenured positions (typical tenure clock is 7 years) or professor rank. In fact, the percentage of tenured women has gone way down while that of men has remained stable, https://www.thelancet.com/journals/lancet/article/PIIS0140-6736(19)30234-X/fulltext.

No idea if this factors in but what is the connection with family leave patterns among coaches. While the US still trails the world, not only is maternity leave expanding in the business world but paternity leave is as well. I would love to see how many male division 1, 2, or 3 coaches in any sport have ever taken in-season paternity leave. I know of no cases. So, how does that stack the deck against a female coach who wants/needs to take maternity leave to care for a newborn. Seems like a big societal barrier further adding to existing biases. We’re a long way from being a supportive society like NZ where the PM took maternity leave. Until we… Read more »

I’ll happily chime in on this one. Been a D1 coach for the birth of all three of my children and taken time off each time. At least a week with each child. Might not be as much as my wife took, but I’m sure there are other male coaches who took time off as well.

Isn’t that part of the problem? Men are seen as champions for going back to work so fast when it would often be more challenging to be at home with kids. I personally feel that when men don’t take advantage of family leave benefits, it puts women in a tougher spot.

As much as I would have wanted to be home more, I’m pretty sure my wife was ready to have me go back 😂

Honestly as a female mother of multiple children, 1 week off with me from my husband was perfect. I was nursing and all he could really do was cook dinner and laundry and after the first week, he did laundry at night or picked up food, shopped and cooked when home. You work it out and get busy. I chose to nurse so he did his part which didn’t mean he had to stay home and watch me nurse and nap to be an active participant in embracing our new born child. You can be happy that you have the maternity leave to be with your new child or you can be resentful that he goes to work and left… Read more »

Swimfan, what other types of mothers besides female mothers are there?

Ps u have coached my kids as has ur father in-law!!

Worked with a male D1 Coach in his first year of the program and his wife had their first child the night before the first travel meet. Coach took the week and the team actually gained some perspective from the situation. It was not an extended maternity leave but it made a clear statement that family comes first.

I presume that team had an Assistant Coach

I look forward to a respectful and thoughtful comment section on this article.

Sadly, you will probably have to look elsewhere.