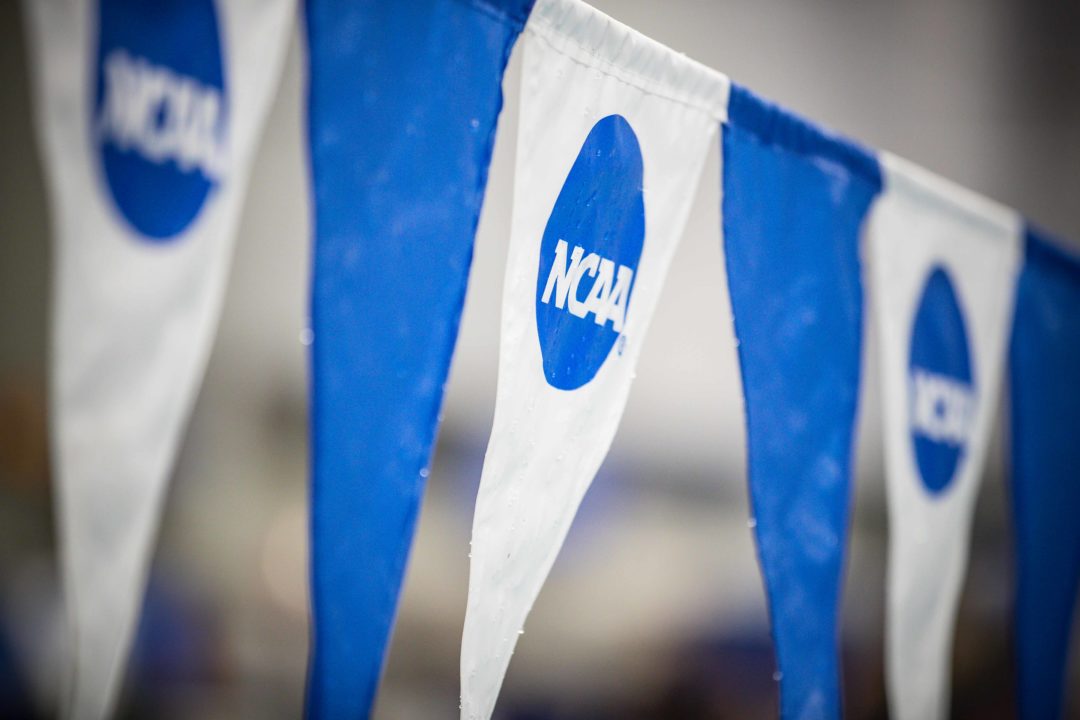 Both swimming and diving once again received "F" grades for the number of women coaching women's teams at the college level, per the Tucker Center. Stock photo via Jack Spitser/Spitser Photography

Both swimming and diving once again received “F” grades for the number of women coaching women’s teams at the college level, per the Tucker Center.

The Tucker Center for Research on Girls & Women in Sport is a branch of the University of Minnesota. It does research each year on the representation of women on NCAA coaching staffs, and releases a report with letter grades every year. Specific schools are graded based on the composition of their coaching staffs, as are individual sports as a whole.

The report focuses specifically on women coaching women’s sports – the sport-specific grades are based on the percentage of women head coaches of women’s teams nationwide, with the following scale:

Swimming and diving both received “F” grades at the Division I level for the 2018-2019 season – that marks at least the 7th straight year of both sports receiving “F”s. (We can only find the reports back to the 2012-2013 season. In fact, this time around, swimming actually had a lower percentage of women’s head coaches of women’s teams (16.0%) than it had last year (17.9%).

Diving also regressed, from 22.9% female head coaches in 2017-2018 to 21.6% in 2018-2019. Swimming & diving were among eight sports to earn “F” grades. The others were cross country, Nordic skiing, squash, track, fencing and alpine skiing, and both skiing sports and squash were noted for having a very small sample size of 20 or fewer schools offering the sport.

You can read the full Tucker Center report here.

How do DII and DIII compare? Saying “NCAA Swimming & Diving Fails” is a pretty broad statement for only focusing on ONE division.

They haven’t released a report yet this year on those Divisions, but did release a Division III report last year that gave swimming and diving D grades. Swimming was barely above the cut line (26.1%), diving only a little higher (28.7%).

“Purposely…on purpose” made me grin.

My question is why the entirety (as implied by the title) of NCAA Swimming and Diving fails the female head coaching check when only DI is being examined in depth.

I’ve found there are a great number of female head coaches in both high school and club. I want to know if the F trend in DI is truly representing the entirety of NCAA Swim&Dive or a problem more readily apparent in the “better” division.

Are programs in D2&3 more willing to hire female head coaches for female (and mixed) programs?

2 of 4 head swim coach openings in the PSAC, a DII conference, has been filled by women.

I’d be interested to see how many Associate Head Coaches are female on the D-1 level; with many long tenured male coaches it seems like some teams with combined programs have made an effort to hire/elevate female Associates who shares duties with the head coach. From afar, it seems like we have a lot of women in assistant/associate positions at blue chip combined D-1 programs (UGA, Stanford (women only), Tennesee, USC to name a few). The future seems bright…

There have been a few changes this offseason, but this list remains fairly accurate: https://swimswam.com/team-usa-coaching-appointments-where-are-the-women/

Can u explain how an early 20s Ledecky can inspire large numbers of female coaches? I thought that took years of experience and training? The Phelps effect on swimming took years to show growth

Before Ledecky there was Evans, before Evans there was Babashoff, before Babashoff there was Meyer…. The point the original poster was making was that for a sport with such dominating female athletes it’s pathetic that we don’t have the same among our coaches.