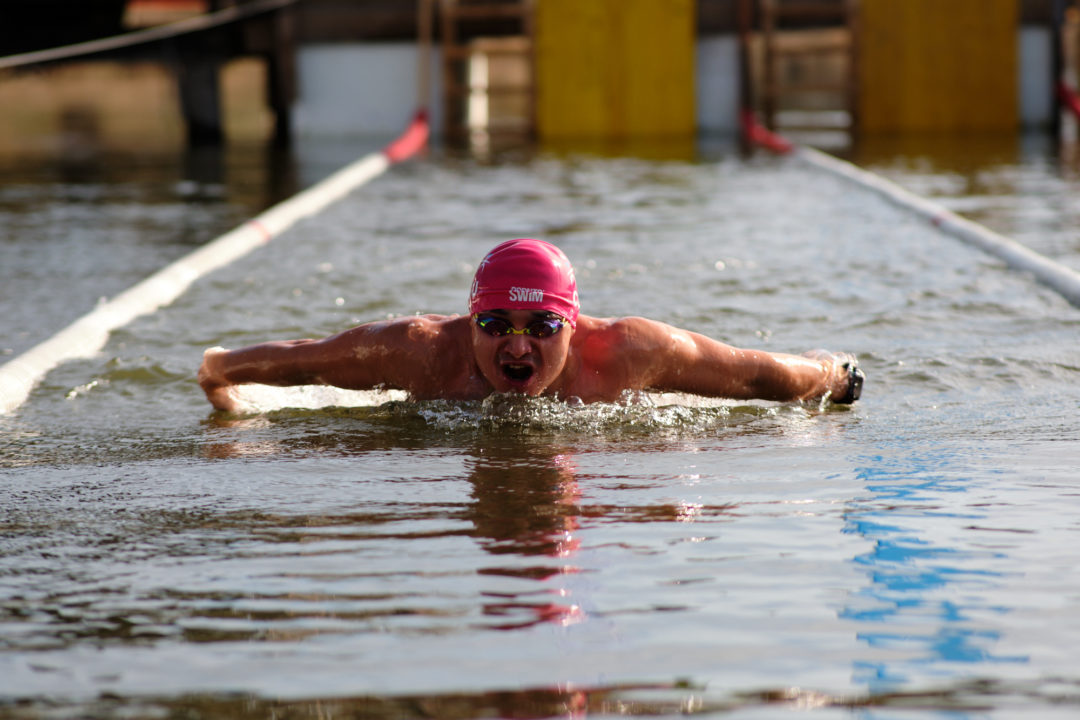 Chun Kong Mak has successfully completed the 21-mile swim across the English Channel after recovering from COVID-19.

By completing the swim, Mak has become the first Hong Kong native to complete a solo swim across the channel, finishing in a time of 13 hours 55 minutes.

Mak began his attempt on September 2, swimming through several challenges including cold waters, leg cramps, and muscle pain. He also vomited several times, and as a result he was forced to complete a majority of the swim on an empty stomach.

Despite these setbacks, Mak continued on throughout the night, completing his first English Channel swim almost 14 hours later.

This was not Mak’s first open water swim. Last February, he became the first man to successfully swim an ice mile entirely butterfly. In order to do so, he swam butterfly for over a mile in water that was at a temperature of 5 degrees Celsius (41 degrees Fahrenheit) or below.

Mak was diagnosed with COVID-19 shortly after visiting London following his ice mile. While fighting the virus, Mak only experienced mild symptoms, but he was still forced to take time away from training.

Speaking to his most recent swim, Mak said, “I wish my Channel swimming spirit would remind Hongkongers to be strong and see through the fear they are currently under. Some “people” create the fear intentionally. It isn’t easy to walk through the fear. But I believe where there is a will, there is a way. I “prayed” in the ocean during the swim for a better world.”

AND HE DID IT BUTTERFLY!