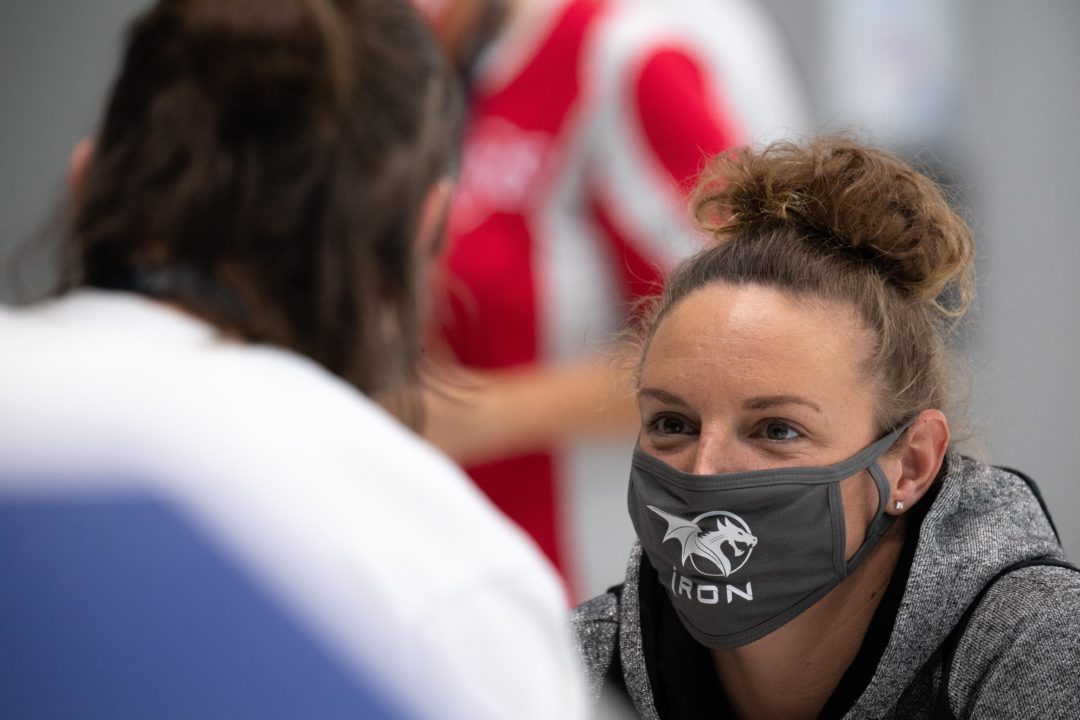 At least 3 nations, including Hungary, have begun inoculating their Olympic athletes for the coronavirus. The head of the Italian Olympic Committee says their athletes won't jump the line. Archive photo via Mike Lewis/ISL

Giovanni Malago, president of the Italian National Olympic Committee (CONI), said on Saturday that the governing body will not request Italian athletes be given priority in receiving COVID-19 vaccines, not even as the Tokyo Olympic Games draw nearer. The news comes as Hungary, Serbia, and Israel announced that they began inoculating their Olympic athletes, and as Canada’s Olympic Committee has begun discussions with the government to do the same.

Meanwhile, South Korea’s Prime Minister Chung Sye-kyun said that Korean athletes should be given the vaccine if they are going to take part in the Olympic Games.

“We already know there are many countries where national athletes are about to be vaccinated. We will never ask for this, and we don’t want it either. An elderly person has their sacred right to be vaccinated before a 20-year-old athlete is,” said Malago in an interview with Italian newspaper La Repubblica.

Italy was one of the early global hotspots for coronavirus infections outside of China, with images of bodies piled outside of Italian morgues in March and April serving as the first global warning sign of the severity of the virus.

At the time, the death figures reaching more than 900-per-day seemed staggering, though after tapering off to a single-digit daily count in the summer the numbers returned almost as high in the fall.

A number of Italian swimmers have tested positive for the coronavirus. Some, like Olympic Champion and World Record holder Federica Pellegrini were tested prior to the ISL season after showing symptoms of infection; another outbreak happened at a meet in December, including names like Elena di Liddo and Benedetta Pilato.

Italy has administered 3.25 doses per 100 people, according to Bloomberg data, which ranks it high among European nations.

While some members of the IOC, including Canadian Dick Pound, said that athletes should be vaccinated before the Olympics, IOC President Thomas Bach said on Wednesday that the organization was not in favor of athletes “jumping the queue.”

That’s even though Canadian Olympic Committee head David Shoemaker saying that the IOC has a “desire” for the Canadian team to be vaccinated prior to going to Tokyo.

Hungary and Serbia, with the former being a swimming super power and both countries holding perennial medal hopes in water polo, is not requiring the vaccines, but rather is making it the athletes’ choice.

The Hungarian Olympic Committee (HOC) says that 868 athletes were selected based on a high probability of selection for either the Tokyo Games this summer or the Beijing Winter Games in early 2022.

Athletes will receive the two-dose Moderna vaccine and will be prioritized in order of scheduled training camps and qualification tournaments.

Hungary considered two factors, the HOC said. “One is safe participation in qualifiers in foreign countries, the other is a loss of form due to several months’ worth of skipped training due to an infection.”

Hungary has recently completed vaccinations of medal professionals and is beginning to vaccinate their elderly population. The general population will have access to shots beginning in February.

Hungary is the first country within the European Union to approve vaccines from China, though Serbia, a non-EU but still European nation, approved the vaccines sooner. The country also was the first in the EU to approve the Russian Sputnik vaccine.

Having already approved the Pfizer, Moderna, Sputnik, AstraZeneca and Sinopharm vaccines, along with a regulatory hastening that automatically approves vaccines that are approved by certain other nations, gives Hungary a robust confidence in its ability to innoculate its population of around 10 million. Hungary announced last week that it has already agreed to purchase 5 million doses of the Chinese Sinopharm vaccine.

Hungary had the world’s first announced outbreak among Olympic athletes when at least 9 members of the National Team, including defending World Champion Boglarka Kapas, tested positive after traveling back from a training camp.

Serbia’s Olympic Committee and National Sports Ministry says that they have begun vaccinating athletes on a priority of those who will compete in Tokyo or in qualifying competitions for the Olympics.

“Several Serbian athletes have already been vaccinated, while in the coming days, after harmonizing all procedural details with the Ministry of Youth and Sports, we will start vaccinating a larger number of athletes,” a statement says.

The Serbian Olympic Committee has painted the pre-selection of athletes as a positive, saying that they will be less likely to carry the virus around the country and world to qualifying competitions if they are vaccinated.

Serbia has not said how many athletes they plan to vaccinate. The country sent only 103 athletes to the 2016 Summer Olympic Games.

Serbia is applying primarily Russian and Chinese vaccines, with the country becoming the first in Europe to approve Chinese vaccines after years of building cooperation with the country. The country received 1 million doses of China’s Sinopharm vaccine, which uses an inactivated virus vaccine that requires two doses. Serbia has a population of around 7 million.

Serbia is doing better than all European nations except the UK in distribution: so far the country has administered 6.40 doses per 100 residents.

The Serbian men won Olympic gold at the 2016 Summer Games.

Israel, meanwhile, says that they have already vaccinated half of the country’s Olympic delegation and expects to complete the process by the end of May.

For Israel, which is by-far the world leader in vaccinating its population, inoculating athletes is least-likely to be controversial. The country of 9 million has already administered at least 4.8 million doses of vaccines (Moderna and Pfizer), with 53.58 doses given ber 100 people.

Through a deal with Pfizer, Israel paid a premium for priority supply of the vaccine and also agreed to give Pfizer access to large-scale medical records in the country – creating a large-scale test that will allow Pfizer to collect more specific data on things like whether the vaccine is safe for pregnant women.

People want to feel like theyre protected even if the vaccine has been stated to not protect protect everyone or that theres potential of still spreading the virus even after getting the vaccine.

In the week of Jan 20, 1 million vaccines from China ,250,000 SputnikV & only 19,500 Pfizer doses were due to arrive in Belgrade .Serbia is in the top range for European vaccine rollouts & no problems that I can find .

Hungary is to meet on Feb 11 to arrange local manufacture of SputnikV.

Doesn’t 868 seem high compared to 180. I’m glad that they are getting the vaccine, but kind of a confusing number. Have they really made that kind of jump in numbers of qualifiers? If not, maybe someone else should be getting them instead.

No, but they probably have some number higher than 200 that still are eligible selection – thinking ‘selection pools’ for team sports, as an example. There might be 40 speed skaters that are going to travel to qualifying events, even if only a dozen will actually be chosen, for example.

If I’m being cynical, I would guess that the ~250 athletes at the top tier of the men’s Hungarian soccer pyramid might have snuck into that pool, even though most are ineligible for Olympic selection. Maybe some coaches and administrators as well.

A lot of swimmers have the Olympic A qualifiers, but only 2 can attend the same race from one nation. E.g. there are many butterfliers and mid distance swimmers, so the Hungarian Olympic Committee along with the Hungarian Swimming Federation will have to choose the athletes that will actually travel to Tokyo to compete.
Just my opinion. : )