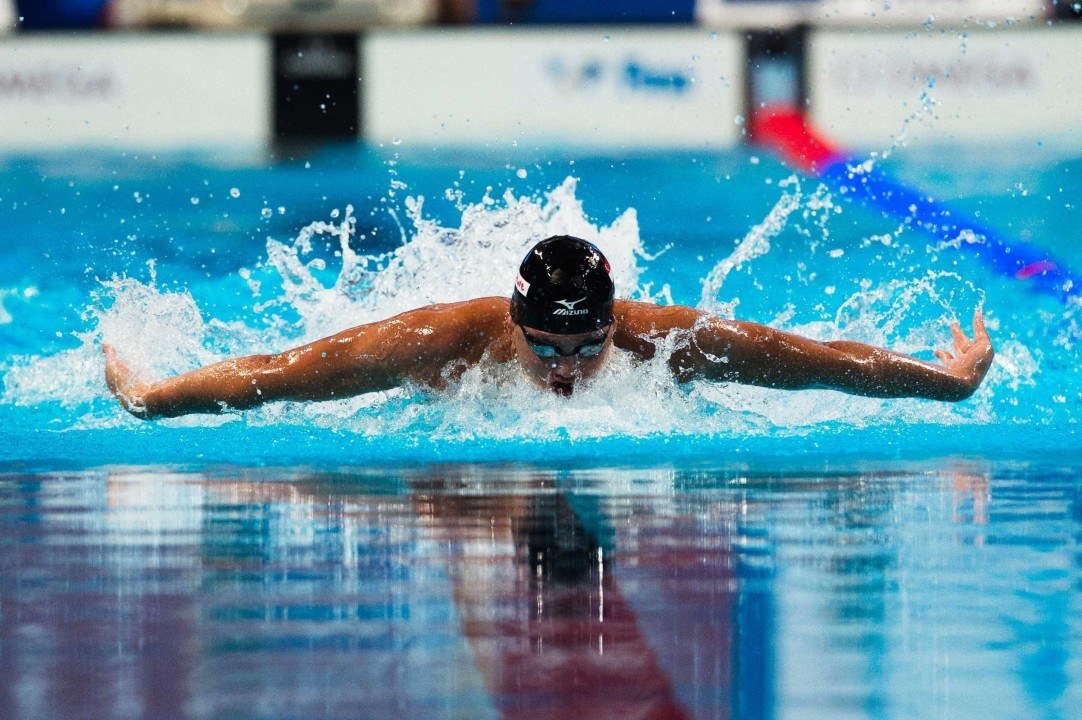 Singaporean swimmers Joseph Schooling and Quah Zheng Wen each earned $31,250 from the Singapore National Olympic Council based on their performances at the Southeast Asia Games earlier this summer. Archive photo via Mike Lewis/Ola Vista Photography

Singaporean swimmers Joseph Schooling and Quah Zheng Wen each earned $31,250 from the Singapore National Olympic Council based on their performances at the Southeast Asia Games earlier this summer.

The Straits Times reports those figures here, along with a few other athletes earning large prize purses:

Singapore hosted the 2015 Southeast Asia Games, dominating the swimming portion. The host nation won 23 gold medals, a combined 13 of them from Schooling and Quah Zhen Wen.

Schooling swept the three butterfly races and won the 50 and 100 frees. He combined with Quah to sweep the IMs, with Schooling winning the 200 and Quah the 400. Quah, meanwhile, swept the backstrokes and took second in the 100 free (behind Schooling) and 200 free.

The two combined for all three gold medal-winning relays as well.

The question for Schooling, though, is whether he can accept the full amount of prize money. A rising sophomore for the Texas Longhorns of the American NCAA system, Schooling is bound by amateurism rules that prohibit accepting prize money for athletic events.

The NCAA does have a complex system of rules that allow athletes to accept some prize money, typically enough to cover expenses associated with the meet, like travel and lodging. Those NCAA limits combined with the amount of expenses covered by the Singapore Swimming Federation will determine how much money Schooling can accept.

Schooling also made money last summer for his international performances, and a spokesperson for Texas said Schooling was able to keep the full amount because it was under the allowable NCAA guidelines.

It’s good that he has a chance to recoup some of the expenses. I’m sure that trip couldn’t have been cheap.