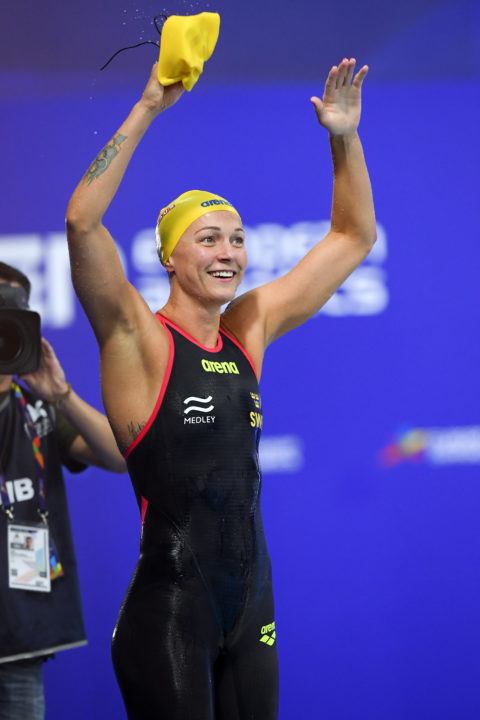 She also posted a 24.11 to win the 50 free by a landslide, also improving her world-leading time this season. Archive photo via Gian Mattia D'Alberto / LaPresse

Sjöström also took the 50 free by over a full second, winning at 24.11. Already the world leader in that event, too, she improves her season best by a little.

In the men’s 100 fly, Germany’s Philip Heintz got by Norway’s Tomoe Hvas, 52.41 to 52.67. Hvas was within two tenths of his best time and national record. Germany had another winner in Florian Wellbrock, who again took first in a distance event, going 3:49.16 to knock off Norway’s Henrik Christiansen (3:49.36).

Yeah but shes in really good form, and Sarah puked just the day before.

Sarah was sick at the beginning of the meet and spent that time at the hotel.