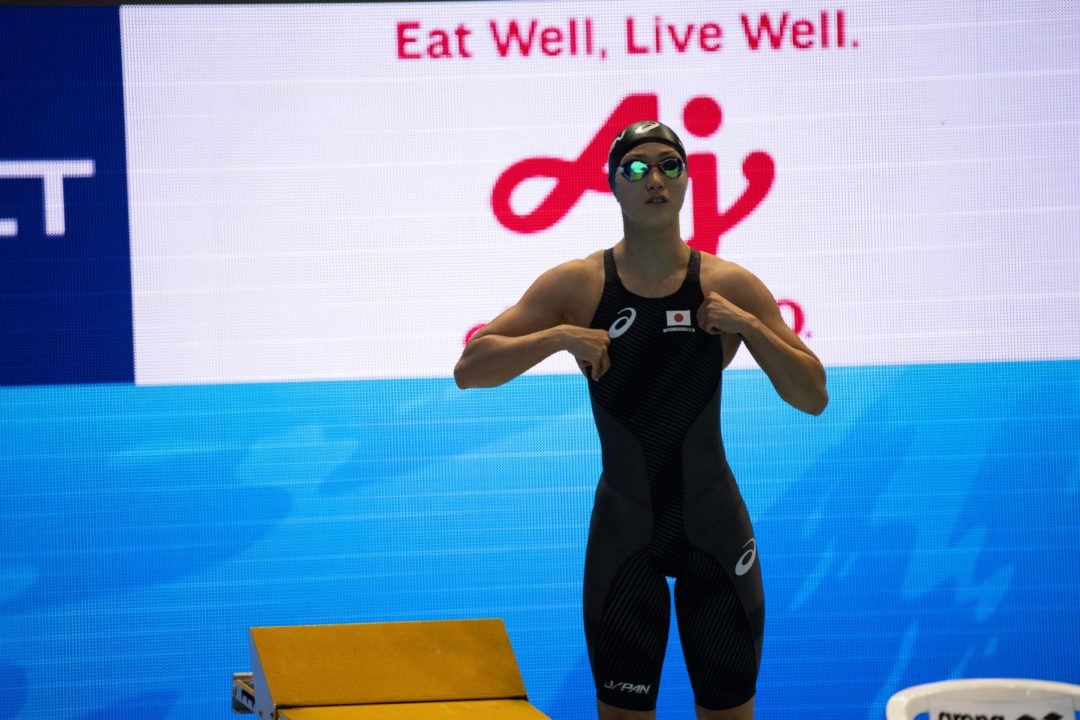 While competing on day 1 of the 2019 FINA World Aquatics Championships in Gwangju, Korea, the Japanese women fought their way to a new National Record in the 4x100m freestyle relay.

With National Record holder, Pan Pacs champion and 2018 Asian Games MVP Rikako Ikee missing from this competition due to battling leukemia, the foursome of Rika Omoto, Tomomi Aoki, Aya Sato and Rio Shriai combined to clock a prelims time of 3:36.17 to claim the 5th seed in yesterday morning’s session.

For Omoto’s 54.21 lead-off yesterday, her opening split beats her previous individual PB of 54.26 that registered her as the 4th fastest Japanese performer in history.

Regardless, Japan’s finish renders them qualified for their home Olympic Games next year in Tokyo, an Olympics in which star Ikee still hopes to compete.

Runa Imai split a 53 at WUGS, so if Ikee is able to come back, that bodes well for this relay.

It’s good to know that Japan is still decent without their main star. Hopefully Ikee can get through this, and whether she’s ready for Tokyo or not, she’ll be back with a vengeance when she’s ready.