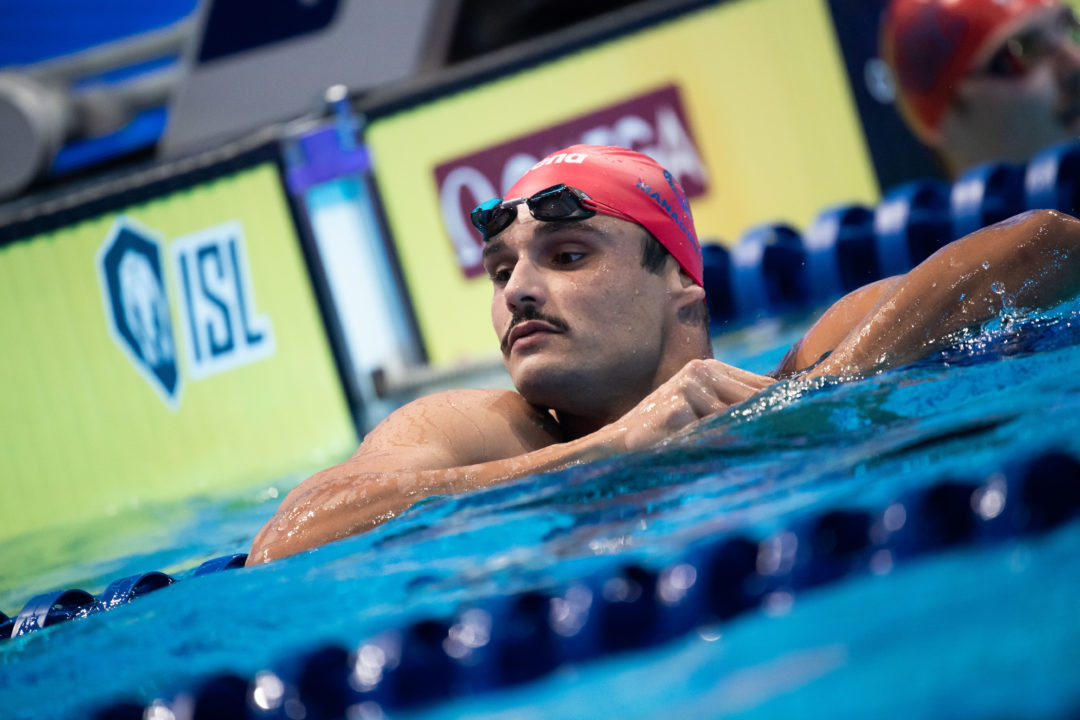 Florent Manaudou has earned Olympic qualification in the men's 50m free but find out who else booked a ticket this past weekend in France. Archive photo via Mike Lewis/Ola Vista Photography

The 2020 French Elite Championships wrapped up yesterday from Saint-Raphaël with several notable swims coming out of the 4-day affair.

This meet represented the first domestic qualifying opportunity for French swimmers who have through June 20th of next year to qualify for the Games. The French Elite Championships in Chartres is slated for June 15th-20th.

The French qualifying standards for Tokyo 2020 have been set a stricter level than the FINA ‘A’ cuts, with the minimum QT’s seen below:

Below is the round-up of swimmers who have snagged Olympic qualifying times at the meet and have added their name to consideration for the Tokyo 2020 squad for France.

A roster of 30 represented the nation of France at the 2016 Olympic Games, with the Manaudou representing the only individual medalist in the pool. He took silver in the 50m free after having won the gold at the 2012 Games in London.