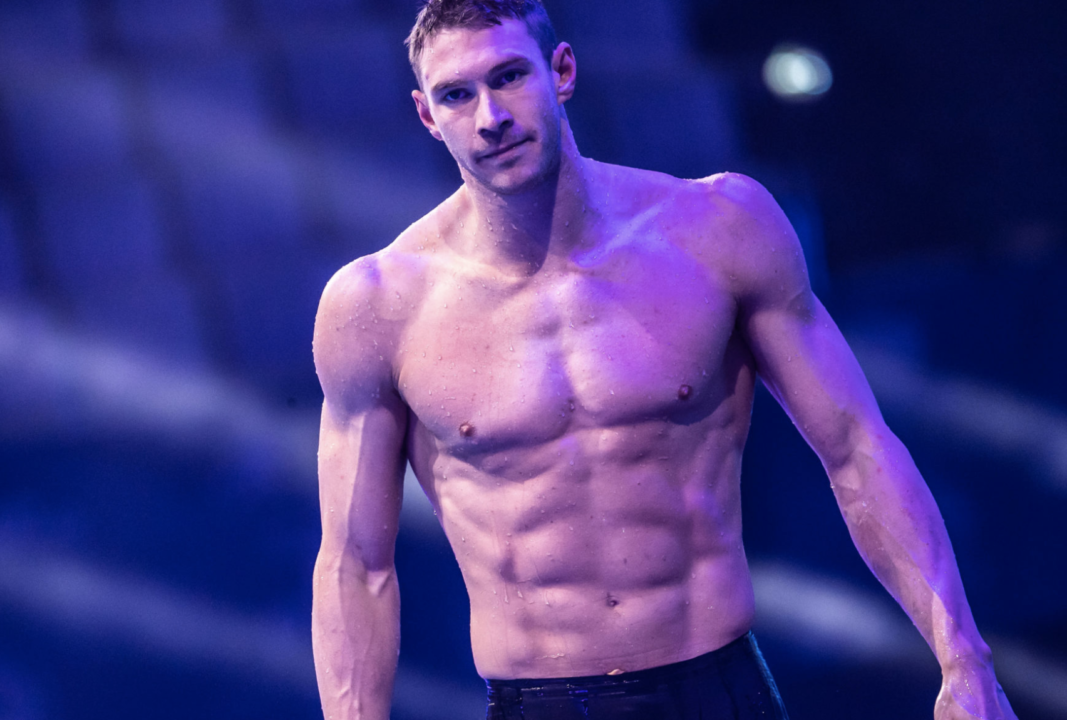 Murphy's time of 22.54 broke his 2018 record by .09, and moves him up from fifth to second in the all-time rankings. Current photo via Mike Lewis/Ola Vista Photography

LA Current swimmer Ryan Murphy produced the second-fastest 50 backstroke swim in history to win the event at the ISL Grand Final, resetting his American Record in a time of 22.54.

Murphy had set the previous record at the 2018 Short Course World Championships in 22.63, which, while it was the official AR, was not the fastest time ever done by an American.

That distinction belonged to Peter Marshall, who set a new world record in 22.61 back in 2009. However, that swim was not recognized as the official American Record because it was done in November of ’09, during the period in which USA Swimming stopped recognizing national records due to the super-suits.

(It’s worth noting that Rebecca Soni‘s world record in the women’s 200 breaststroke was set during the same period, and was reportedly only called an American Record as well due to the fact that it was a world record. While Marshall’s swim was also a world record, it was never an officially recognized as a national record, for whatever reason.)

Murphy’s 22.54 puts him #2 all-time behind Florent Manaudou, who slaughtered the world record in 2014 in 22.22 — a time no one has seriously approached since.

Manaudou has strayed away from racing the 50 back over the years since setting the record, and was absent in today’s race despite being present at the meet, but both Guido and Rylov were in action, tying for third in 23.02.

Finishing second was another American, the Cali Condors’ Coleman Stewart, who had a brief feud with Murphy after last week’s skins race (which has since blown over). Stewart established a personal best time of 22.76, tying him for 10th all-time.

https://www.youtube.com/watch?v=uLtLCGTqFvI&t=6s&ab_channel=SwimmingGuy
Full video
Audio is messed up but its the best I can do.

He is a class act swimmer. Happy for him!

Rylov seems much more likely than Manaudou. He got second in the 50 back at Gwangju