Ryan Held Signs with Arena: ‘They want you to excel in life’ 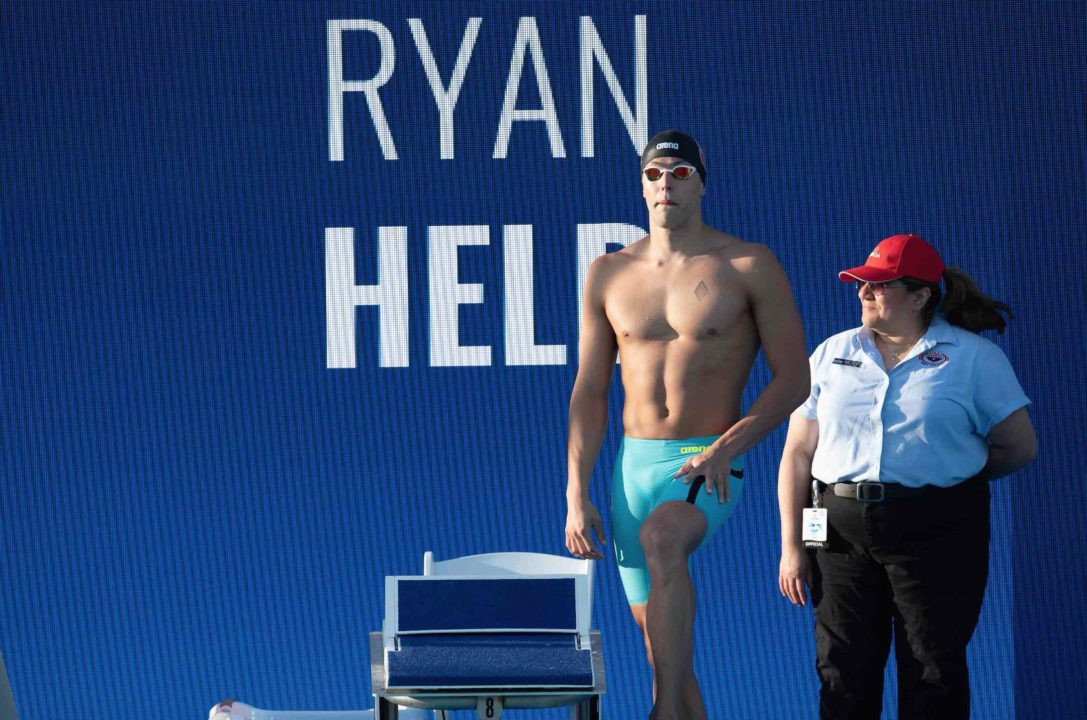 A year after finishing his NCAA career, Ryan Held has a suit partnership with Arena. Archive photo via Mike Lewis/Ola Vista Photography

by Torrey Hart Off

After winning Olympic gold in 2016 and finishing up his collegiate swim career at NC State in March 2018, Ryan Held has finally signed a suit deal.

He’ll wear Arena going forward – but the story of how he came to sign is slightly unusual.

The brand originally approached him at the conclusion of his NCAA eligibility, Held told SwimSwam. But he was nervous about how he would perform at the 2018 Phillips 66 National Championships last July and was “a little scared” to sign a deal and “have [his] name in the lights.”

It turned out that things did not go exactly according to plan in July, as Held got “majorly” sick before the meet. At Nationals, he placed eighth in the 100 freestyle, just outside of qualifying for any major international long course meets for the summers of 2018 or 2019. Yet, Arena approached him again.

“They told me they don’t care about how you swim, they want you to excel in life and [are] more interested in great people to promote their brand,” Held said. He did, however, end up on the roster for the 2018 Short Course Worlds team – and that’s really where Arena came back into the picture.

In an interview last month, Held said that there was a “miscommunication” about what he would be swimming at Worlds, and the 800 free relay came as a surprise. He had only asked for sprint suits, but when he learned a 200 free was in his lineup, he went searching for something else. Team USA did not have extra suits – of any brand – and no other USA-affiliate brands were there. So Held asked Arena athlete Haley Anderson if she could hook him up, and within an hour, he had the same Arena suit he wore in college.

“That was the nail in the coffin [to sign],” Held said. “My club team was Arena, my college team was obviously Arena – Arena has never let me down.”

After graduating in December, Held moved in February to join the Indiana University pro group that includes fellow Team USA Olympians Blake Pieroni and Cody Miller in the pursuit of Tokyo 2020.

Listen to Held’s full interview about last summer below:

Arena is a SwimSwam partner.