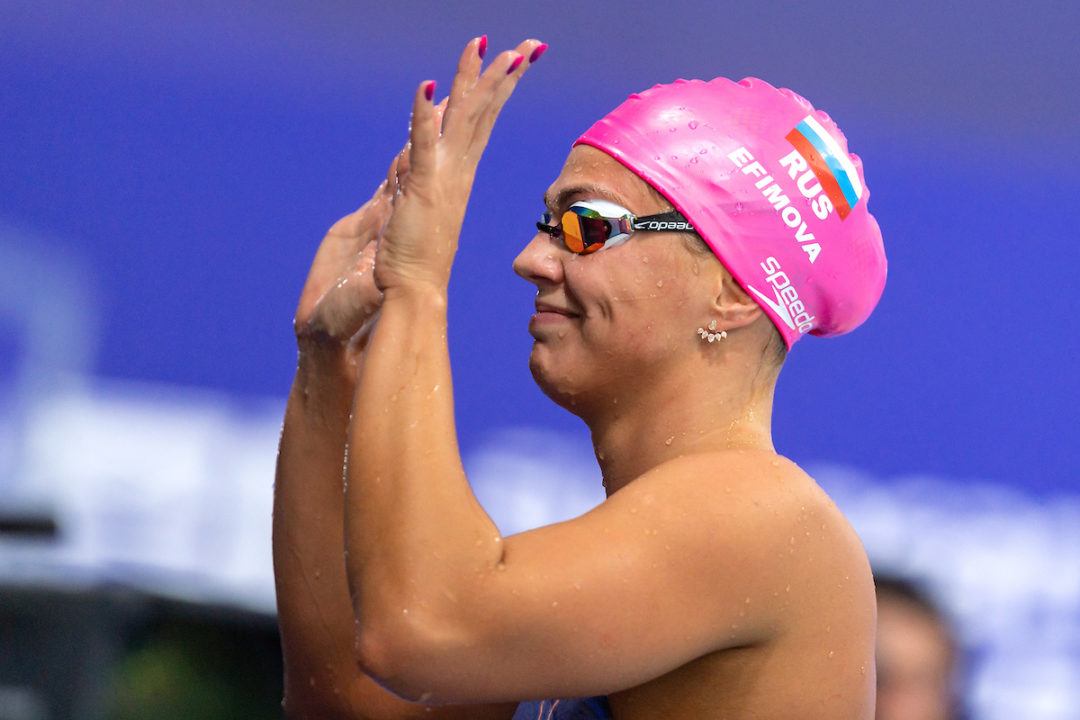 Through 3 days of competition, take a look at the medal standings of the 2018 European Championships. Current photo via Andrea Staccioli/ Deepbluemedia /Insidefoto

We’re not quite halfway through the 2018 European Championships and already we’ve seen 16 distinct nations notch at least one tally on the overall swimming medal table.

The 2016 host nation of Great Britain wound up on top of the standings at the last edition of these Championships and the country is already on its way to rivaling its previous performance. Through 3 days of competition, Great Britain ties Russia for 3 gold medals, carrying 7 medals overall. Russia has claimed 9 medals thus far, while Italy, France and Germany are also in the top 5 nations in the overall medal standings at this point.

Notable nations still looking for their first medal of these Championships include Spain, Greece, Iceland, Israel and Belgium. Iceland saw now-retired swimmer Hrafnhildur Luthersdottir claim 2 silvers and a bronze in London to help the nation finish 15th overall. Belgium, another top 20 finisher from 2016, is without its big gun, Olympic silver medalist Pieter Timmers, who is hospitalized with meningitis.

But, the competition is still in the early stages and there is plenty of time for any nation to make its move to the top. We’ve already seen 2 World Records bite the dust, courtesy of Britain’s Adam Peaty in the 100m breast and Russia’s Kliment Kolesnikov in the 50m back.

Can we get a running top three count of non-Russians? Given the state sponsored doping program we know that they’re not competing under the same rules, so it makes sense to treat them the same way we treat suited world records from 08/09.