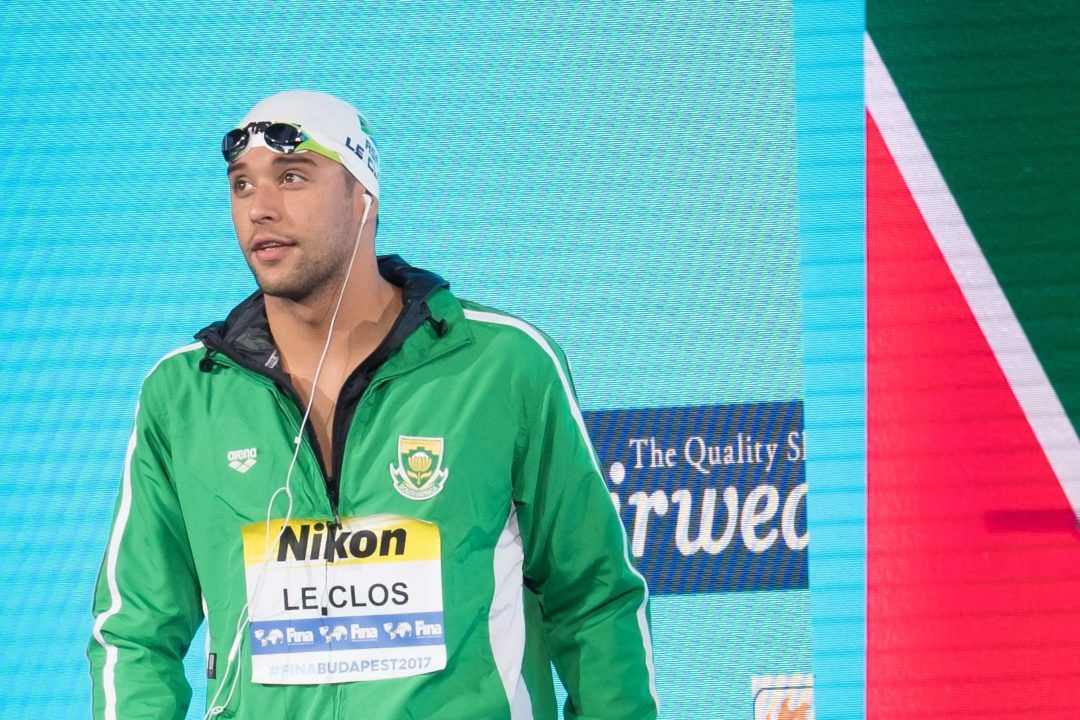 Although we won’t truly know the impact of FINA’s new World Cup rules until this season is done and dusted, we are already seeing the impact of their implementation through just the first day of the first stop. Fast swimming may have taken place in the JSC Olympisky Sports Complex pool, but through on-site accounts, we know that chaos reigned on-deck.

Consider the men’s 200m freestyle final tonight in Moscow as an example. We know from the FINA ‘innovations’ that World and Olympic medalists receive automatic entrance into that specific events final. As such, the Olympic silver medalist from Rio, Chad Le Clos of South Africa, should have been granted an automatic spot in the final even though he was a ‘DNS’ in prelims.

However, when the initial start list for tonight’s final was produced, Le Clos’ name was left out of the top 8, even though another medalist, Russian World Championships medalist Aleksandr Krasnykh, was included. Meet organizers hastily corrected with adding Le Clos, which now means that the men’s 200m freestyle final has nine participants when it typically only should only have 8. This appears to be the only final to fall into this scenario, but it does shine the spotlight onto the administrative challenges of the automatic finals slotting.

FINA confirmed that any medalist still has the option to compete in prelims, with their finals bid guaranteed no matter the outcome. This includes if the swimmer was a ‘DNS’, if he/she was disqualified, or if he/she rendered a time that wouldn’t have otherwise qualified in the top 8.

Additional issues regarding the new FINA World Cup rules will be reported as the meet continues.

I don’t like this rule,but I think what fina is trying to do is encourage elite brand name athletes to compete,and go fast at these events. They are trying to help make revenue and the best way to do that is by having more popular swimmers swimming at said meet. If I’m an elite swimmer like a chad le clos I’m more likely to swim all my events and attend all the circuits if I won’t have as much of a load to deal with. This is also why they are increasing the cash rewards.

They shouldn’t get perks because giving them a free pass means they can get away with riding on their past achievements and not put in any hard work. At World Championships, Joseph Schooling was one place away from making semifinals in the 100 free at World Championships. Should he get a free pass because he has an Olympic Gold medal in the 100 fly? Of course not. That would be absurd. The World Cup shouldn’t be any different.

Yes, but in other sports with tournament byes, the other competitors still get to a advance to later rounds if they win. With FINA’s rule, you can pay to enter and travel to the meet, without knowing how many athletes will get “byes” into finals. In the 200 Back yesterday swimmers who placed 6th, 7th, and 8th in prelims could not advance. Theoretically, if 8 Olympic/WC medalists enter an event, no one but them will swim in finals, no matter what the prelim results. There are no B finals or bonus heats in World Cup meets.

I love this new rule. Medalists are to good to swim in the morning. They need their rest and beauty sleep.

Why should she have to apologize? She’s the one getting shafted by a corrupt international organization.

i laughed at your name too – very funny . well done

Wow! Not even a single down vote (out of 82 current up votes).

Well there it goes, somebody had to come along and throw some down votes in there just to screw it up…but it was fun while it lasted boys.

there seem to be always even the smallest of troll around ….i wonder how the can feed on such bad energy all the time when swimming is so exciting for us .

FINA would be a simple inept laughing stock of an organization, if it weren’t for their corruption, authoritarianism and love of dopers.

Make you wonder who’s is being paid “under the table” for this mess!

I can’t even think of who would pay for an idea like this.