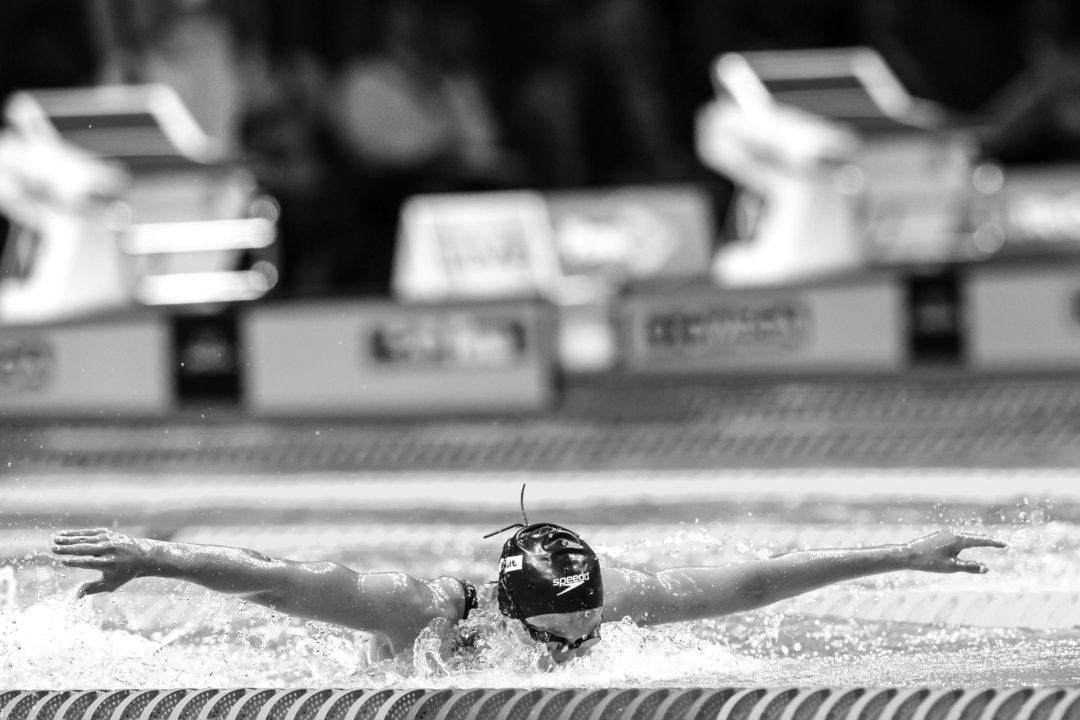 Hali Flickinger was 2nd this morning with a 2:10.05, while Remedy Rule was 9th at 2:13.34. Archive photo via Mike Lewis/Ola Vista Photography

Two women from this morning’s top 16 in the 200 have scratched the final tonight. Hali Flickinger was 2nd this morning with a 2:10.05, while Remedy Rule was 9th at 2:13.34. Both women were well off of their best times this morning– roughly three seconds off for each. Their scratches move Federica Greco of the Princeton Piranhas into the A final, while Gator Swim Club’s Hannah Burns and Dynamo’s Tristen Ulett will now race in the B final.

The other big scratch tonight came from Sandpipers of Nevada’s Erica Sullivan, who was seeded 3rd in the women’s 800 free on the psych sheet but won’t actually swim tonight in the fastest heat. In the men’s 1500 free, Dynamo’s Kevin Litherland scratched out of the fastest heat tonight as the fifth seed. These moves result in the Marietta Marlins’ Stephanie Peters getting to swim in tonight’s fastest women’s 800 heat, while Santa Clara Swim Club’s Aidan Burns now gets to race in the men’s 1500 fastest heat.