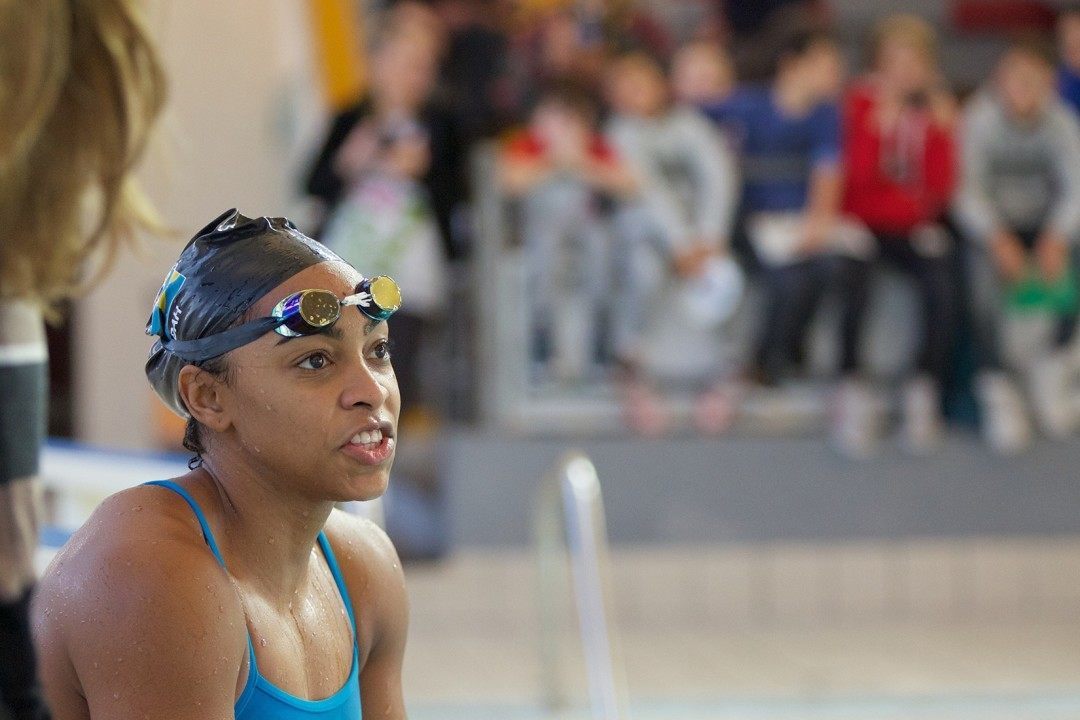 Arianna Vanderpool-Wallace has scratched the 100 fly for this morning. Current photo via Rafael Domeyko/Domeyko Photography

We reported a few days ago that Inge Dekker of the Netherlands is dropping the 100 fly for today, and the Bahamas’ Arianna Vanderpool-Wallace is joining her in scratching the event. Vanderpool-Wallace only made a B standard in the event (58.87), and she likely would rather focus on her sprint free events, especially the 50, where she is a finals and medal threat.

Also scratching an event this morning is New Zealand’s FINA A qualifier Matt Stanley, who is now out of the 400 free where he came in with 3:49.01. He still has the 200 free and 100 free on his Olympic schedule.

You mean this afternoon prelims…