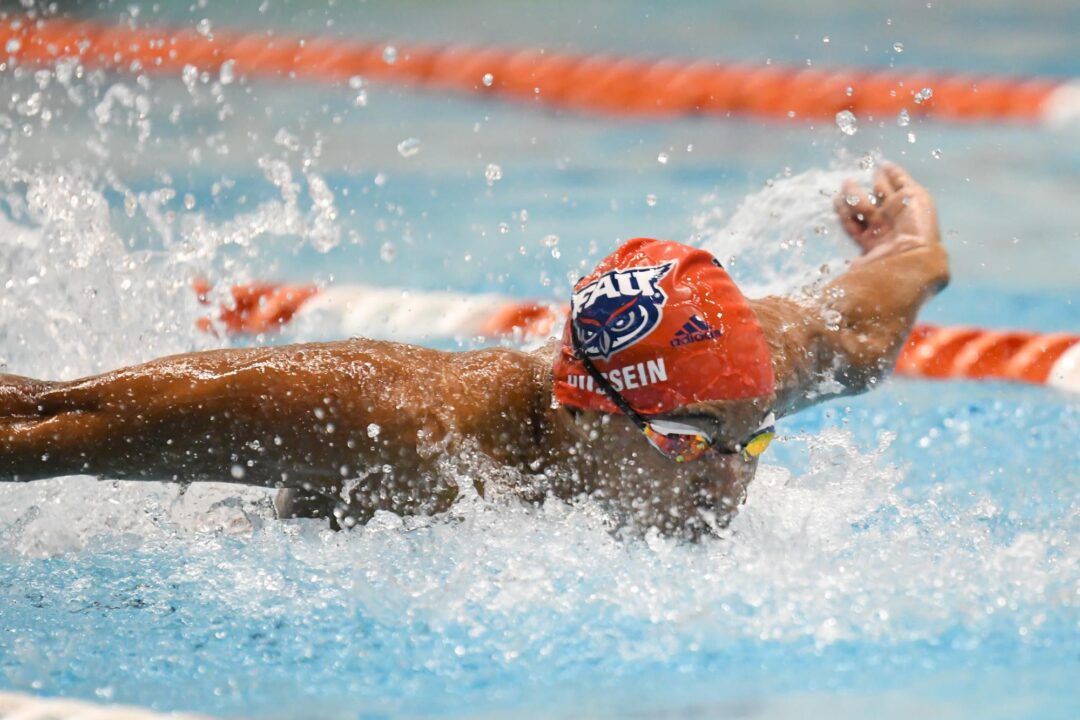 Rateb Hussein of Florida Atlantic will finish this season with the Owls, but plans to use his final season of eligibility at a Power 5 program as a graduate transfer. Archive photo via FAU Athletics

The 2021-2022 CCSA Swimmer of the Year Ahmed Rateb Hussein has entered the NCAA Transfer Portal. The rising senior plans to finish his undergraduate degree at Florida Atlantic this season before using his fourth-and-final year of eligibility at a new program.

Rateb is the FAU school record holder in the 100 and 200 yard butterfly events. Last spring, he was named the CCSA Most Outstanding Swimmer of the Championship Meet and Swimmer of the Year after winning the 100 fly, 100 free, and 200 fly at the championships. His 200 fly broke the school and meet records in the event.

In total, over the last two seasons, he has 12 top three finishes at the CCSA Championships (including relays).

Now Hussein hopes to begin graduate school and use his final season of eligibility at a Power 5 program. He is completing his undergraduate program in computer engineering at FAU and plans to work on his MBA in grad school.

The 2022-2023 season will be Hussein’s third, athletically, at Florida Atlantic. He sat out the COVID-hit 2020-2021 season, so he doesn’t get the bonus 5th year of eligibility that all D1 athletes who competed that season have the opportunity to use. Still, he continued studying during that time, meaning that he will graduate with one of his four years of regular eligibility remaining.

The NCAA has instituted new rules about when student-athletes can enter the transfer portal, but graduated transfers, like Hussein, are exempted from that window.

It would have been helpful to list his top times in the article.

There’s a top times section after the article and an ad, unless Braden just added that.