Philip Heintz Withdraws From 400 IM Final Due To Hip Injury 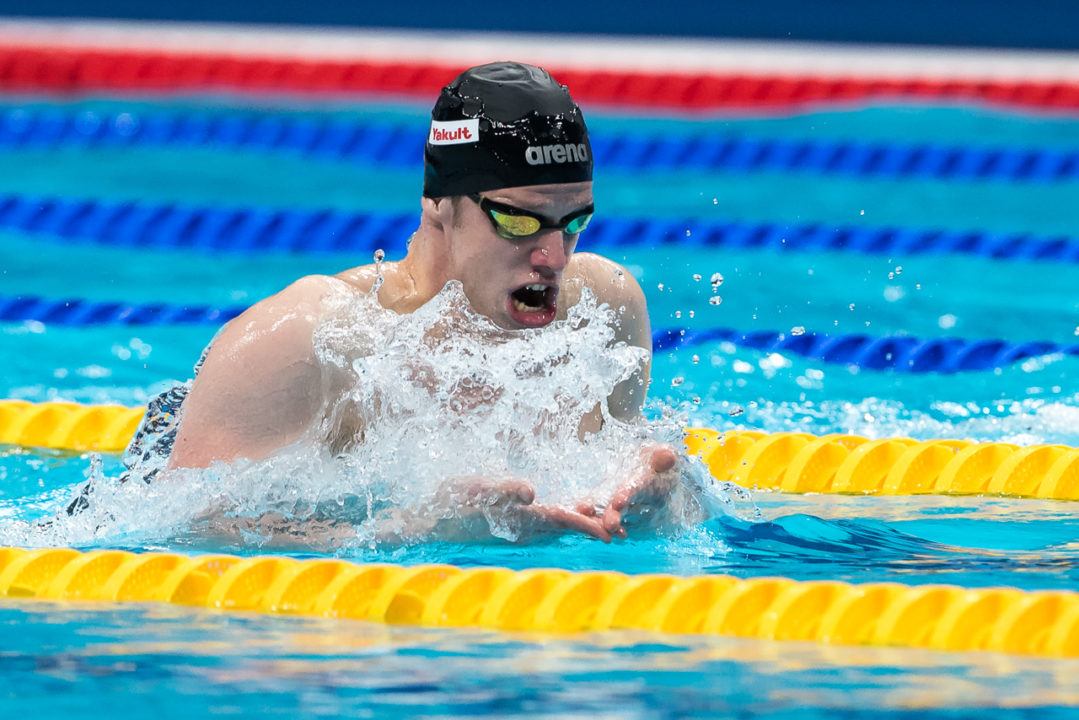 Philip Heintz has been forced to withdraw from the men's 400 IM final, making way for Peter Bernek to take a spot in the Championship heat. Archive photo via Peter Sukenik/www.petersukenik.com

German Philip Heintz has been forced to withdraw from the men’s 400 IM on the final night of the World Championships due to injury.

On Facebook, the German Swimming Federation announced the scratch, stating he injured his hip.

Heintz was the eighth-fastest swimmer in the 400 IM prelims in a time of 4:15.24, and by dropping out, Hungarian Peter Bernek gets the last spot into the final.

Bernek clocked a time of 4:15.49 in the heats, 0.13 seconds ahead of defending champion Chase Kalisz who failed to advance in 10th.

The 27-year-old Hungarian’s only other individual swim at the competition came in the prelims of the men’s 200 IM, where he finished 31st in a time of 2:02.56. That falls nearly three seconds off his lifetime best 1:59.56.

The 28-year-old Heintz narrowly missed a medal a few nights ago in that 200 IM, placing fourth in 1:56.86. He is a two-time LC European silver medalist in that event. He also placed sixth in Rio.

Does that comes with a better spectator seat in the stands?

Maybe we’ll see him waiting by the official to see if anyone doesn’t show up:)

This is a world champ final, no chance