Pernille Blume Leads 41 Danish Swimmers Back to the Pool 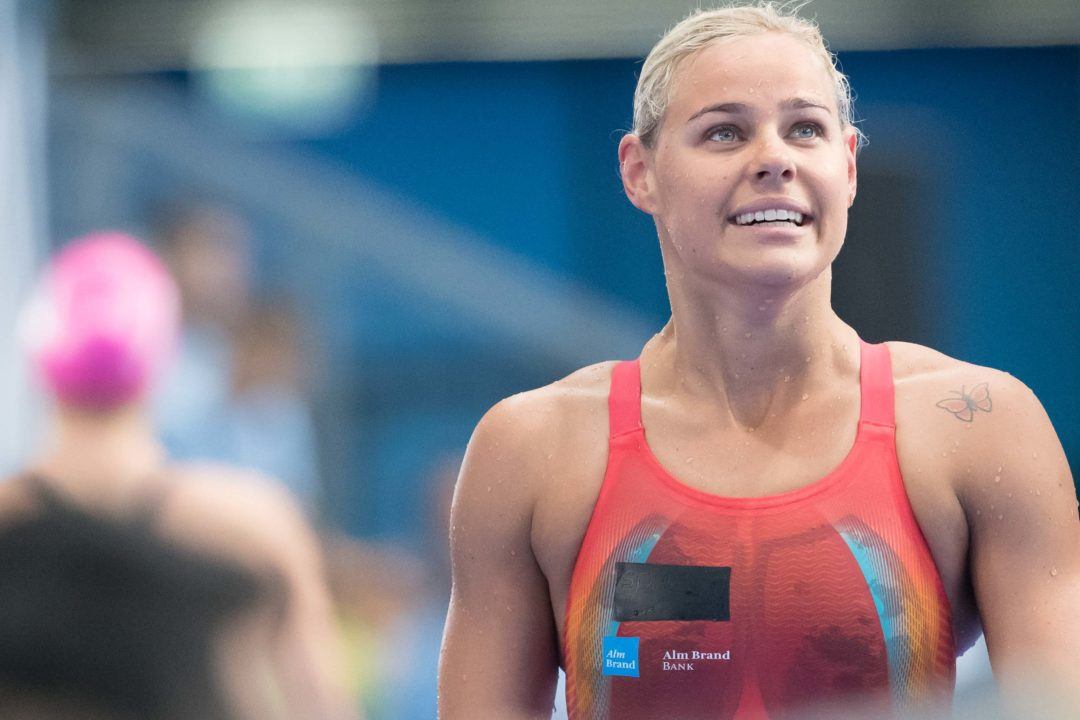 After battling with the Danish government, the Danish Swimming Union announced on Monday that 41 of its top swimmers would be allowed to return to the water. Archive photo via Mike Lewis/Ola Vista Photography

After early indications that pools in Denmarks would not be allowed to open until August, the Danish Swimming Union has received approval to return 41 elite swimmers to the water this week.

That puts Denmark on par with most of Europe’s countries that have allowed their top athletes to return to training with restrictions on social distancing.

The Danish Swimming Union (DSU) received approval from Denmark’s Ministry of Culture, the National Olympic Committee and Sports Confederation of Denmark (DIF), and Team Denmark to put 41 swimmers back in the pool.

While most countries have put pool reopening into phase 1 or phase 2 plans, Denmark originally had the return of competitive swimming in phase 4. The DSU expressed frustration in an editorial at this decision last week, and while they said that this is an improvement, that it doesn’t solve all of the problems.

“The Danish Sports Association (DIF) has really fought our case at the negotiating table in connection with phase 2 of the reopening,” said Morten Hinnerup, the acting director of the Danish Swimming Union. “We know that they will continue to do so, and of course we will continue to put pressure on the negotiating parties. There is no one who would rather have opened the activities in the country’s swimming pools than the Danish Swimming Union.”

Swimming authorities there are now coordinating between swimming clubs, municipalities, and swimming pools to work toward the reopening of aquatic facilities for more.

Included among the group of approved athletes is Pernille Blume, the defending Olympic champion in the 50 meter freestyle. She has recently begun training with the Energy Standard team in Turkey alongside her boyfriend Florent Manaudou before that group dispersed its athletes to their home nations due to the global coronavirus pandemic.

All 12 members of Denmark’s team for the 2019 World Aquatics Championships are included on the list as well. They are designated below with bold and an asterisk.