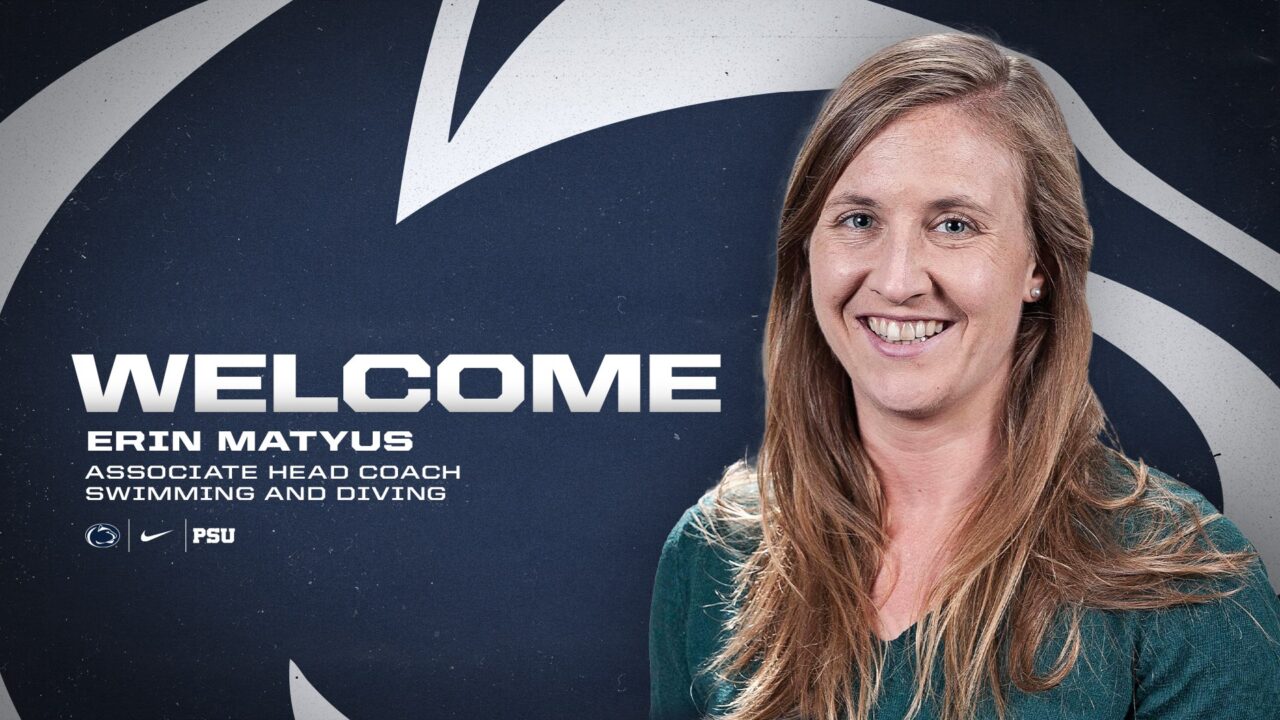 Matyus spent the last 11 years at Lehigh, including the most recent season as an associate head coach for the Mountain Hawks. Current photo via Penn State Athletics

Penn State has announced the hiring of their second associate head coach this offseason. On Tuesday, the Nittany Lions added Erin Matyus to their coaching staff.

The arrival of Matyus comes after two associate head coaches left for non-collegiate swimming coaching jobs this offseason. Matt Hurst left the program to become head coach at club team Chelsea Piers Aquatic Club and Steve Barnes left to take a job at his alma mater, Ithaca College, within the athletic department.  Mid-July, the program announced the hiring of Dan Carrington as an associate head coach who most recently spent time at Florida State.

During her time at Lehigh, Matyus held multiple positions. She began as an assistant coach in 2011 and held that position until the 2016-2017 season. She then spent two seasons away from the swimming and diving realm, instead, working in Lehigh’s athletic department as the Assistant Director of Athletics Leadership.

She returned to the swimming and diving team at the start of the 2019-2020 season as an assistant coach again. This past season, she was elevated to associate head coach.

Prior to her time at Lehigh, Matyus was a summer league coach for Northwest Swim Club in Allentown, Pennsylvania, the city next to where Lehigh is located from 2002-2010.

She graduated from the University of Maryland where she was a cross country and track and field athlete. She earned her bachelor’s in Animal Science and Environmental Science from Maryland in 2010. She swam in high school at Liberty High School in Bethlehem, PA.

Matyus will move from Bethlehem, Pennsylvania to the State College area. The two cities are about a three-hour drive apart.

Penn State finished eighth out of eight teams at the 2022 Big Ten Championships. Notably, they were only 11 points behind Minnesota. The women’s team finished 10th out of 12 teams. The Nittany Lion men sent three swimmers to 2022 NCAAs and the women sent one. Notably, their one female qualifier Marie Schobel has since left to use her COVID-19 fifth year at Georgia.