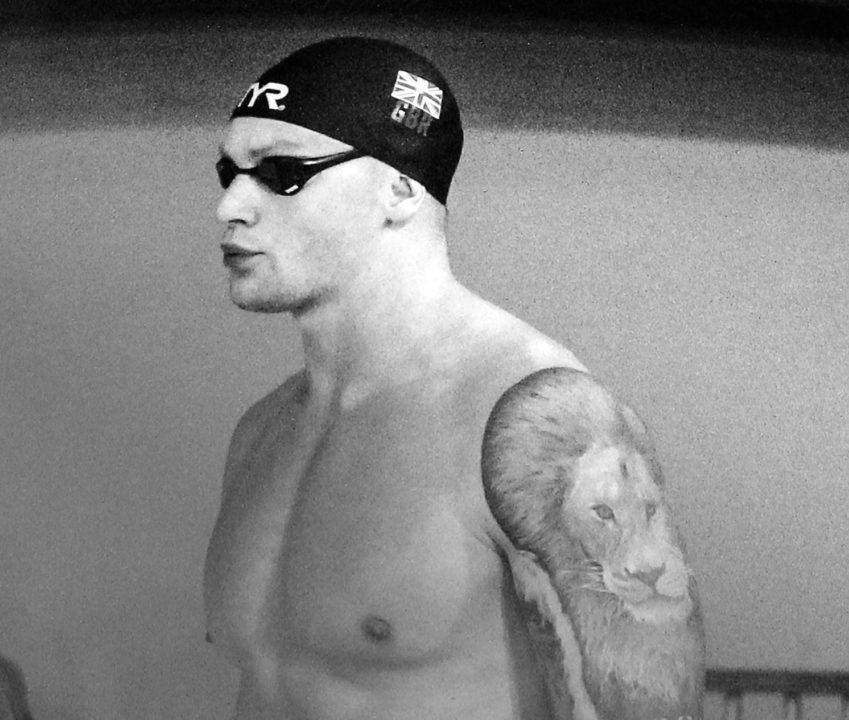 Adam Peaty fired back at FINA for its use of his image and faux quote to promote the upcoming World Cup Series. Archive photo via Giusy Cisale

FINA announced the 2018 Swimming World Cup Series schedule back in May of this year, with the first cluster’s stop in Kazan, Russia slated for September 7th-9th. For the first time ever, FINA will be switching between long course (50m) and short course (25m) throughout the series in an attempt to increase participation in the event.

However, one mega star has already made his non-participation known, as world record holder and Olympic champion Adam Peaty of Great Britain fired back at FINA for its use of his image in a Twitter post.

In a since-deleted World Cup promotional tweet from FINA that first appeared on August 22nd, the organization’s message included a quote from Peaty asking, “Do you think you’ve seen it all? Then wait until I get back in the pool at the FINA World Swimming Cup! So excited to race!” However, it’s clear the quote was a wish from FINA, as the tweet concluded with ‘@adampeaty could be saying that, don’t you think?’

You can read FINA’s tweet within BBC’s Nick Hope’s editorial re-tweet below.

There’s money to be made, but major medals are his priority. pic.twitter.com/6IqKX2HioX

In response to FINA, Peaty tweeted the remark, “Maybe they need to put them at a time of year when people want to race, as well as 50/50 SC and LC (questioning emoji inserted).”

Maybe they need to put them at a time of year when people want to race aswell as 50/50 SC and LC 🤔 https://t.co/wwjYwp0D5M

Peaty isn’t the only world-famous swimmer whose image FINA is using to lobby interest in this year’s World Cup Series. Jamaica’s Alia Atkinson, Sweden’s Sarah Sjostrom and Japan’s Daiya Seto have all appeared in FINA tweets this month; however, Peaty’s particular promo was the only one that included a faux quote from the athlete.

No respect for Olympic champions or sportsmanship . Ugly methods

Aren’t they liable to a lawsuit? And a significant payout?

THEY USED DRESSEL IN THEIR PROMO