Pavoni “Did Everything He Could”, Still Falls Short Of GBR OLY Team

Winner of the 200 IM tonight in Glasgow, Loughborough University's Roberto Pavoni clocked a FINA "A" cut, but fell short of the must stricter British Olympic-qualifying time. Current photo via courtesy of British Swimming 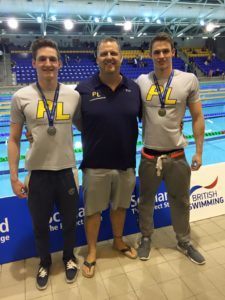 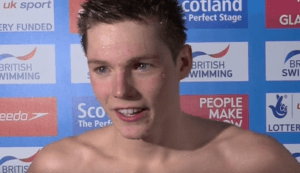 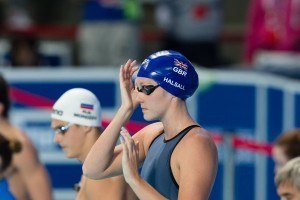 Loughborough University’s Roberto Pavoni came out on top of the men’s 200m IM field, a finals race which rendered the top 5 performances all under the 2-minute mark. Pavoni charged to the wall first in a time of 1:59.20, swift enough to clear the FINA “A” cut of 2:00.28, yet not fast enough to dip beneath the stiffer British Olympic-qualifying standard of 1:56.82.

As such, Pavoni’s British National Title was bittersweet, as the athlete acknowledges he “did everything he could this year”, only to not notch a spot on the British Olympic roster. Pavoni says he “would have gone a bit faster” and describes how he is “obviously devastated.”

The top 5 men all touched the wall in a time of 1:59-X, speaking to how close the battle was from start to finish. Several men were in the mix during the sprint IM, but, ultimately, it was Loughborough University’s Roberto Pavoni who came out on top, earning a time of 1:59.20. That mark is just a hair faster than Pavoni raced in Kazan, where he earned 8th place in the event at the 2015 FINA World Championships.

However, with the British Olympic standard sitting at 1:56.82, as well as the 2% consideration set at 1:58.39, Pavoni was short of qualifying for the Rio Olympic Games. He was visibly disappointed during the post-race interview, where he commented that although earning the title of British Champion is nice, his main purpose is to qualify for the Olympic Games.

Silver tonight went to Ieuan Lloyd in 1:59.58, with University of Stirling stand-out Duncan Scott snatching up the bronze in 1:59.88, his first time ever under the 2-minute mark.

For Dan Wallace, he missed his last likely chance to qualify for the Olympic Games in an individual event, although he does have the 200m freestyle tomorrow. . After not even making the 400m freestyle final and then finishing out of the top 2/qualifying time in the 400 IM, Wallace found himself in 6th place tonight in 2:00.36.

Are these crazy-fast country-specific Olympic standards a new thing? Assuming I just never heard about them before, but so many of France, GB and Japan’s swimmers hit FINA standards, but missed cutoffs that were often faster than their country’s records. Seems crazy to make the standards so fast for no real reason? Unless that somehow saves those countries a lot of money. Then it makes a biiit more sense.

“What’s next for you now?” Nice question.