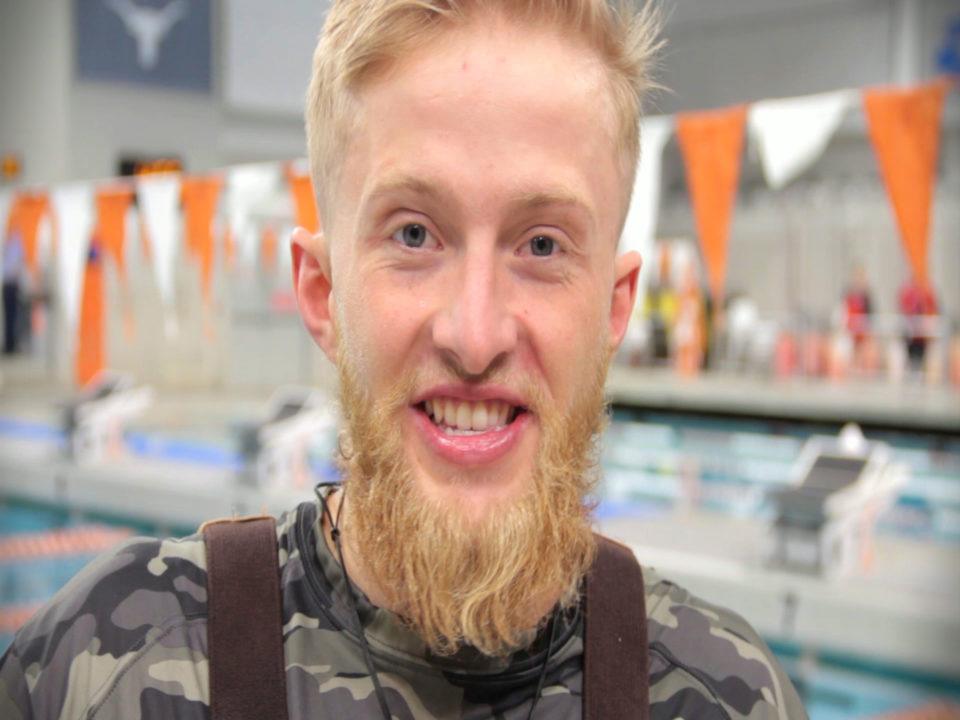 Texas’s Ryan Harty took 2nd in 1:39.54. That’s well under last year’s NCAA invite time of 1:41.18, although Harty probably already had his invited locked down with his times in the 100 back earlier this week. Harty’s teammates Jeff Newkirk and Josh Artmann, both of whom swam this event at last season’s NCAAs, took 4th and 5th with times of 1:41.32 and 1:41.46.

Neither Austin Katz, last year’s NCAA champion, nor John Shebat, the 2017 NCAA runner-up swam tonight after placing 2nd and 5th in prelims. Shebat has his NCAA invite secured thanks to his 200 IM time trial Wednesday night. Katz’t time of 1:40.55 from this morning is over half a second faster than last season’s invite time, but with the way we’ve seen those invited times get faster and faster over the past few years, shaving a few more tenths off of that time from this morning would probably be a good idea.

Is there a video of the swim

Those bricks that they strapped to him before the race really weighed him down.

LOL , love this one

“The best way to spread Christmas Cheer, is singing loud for all to hear.”

Dude reminds me of PewDiePie

Hopefully he stays away from the racial slurs.

What a well spoken and down-to-earth young man. Funny after all this time I’ve never heard of the lad!