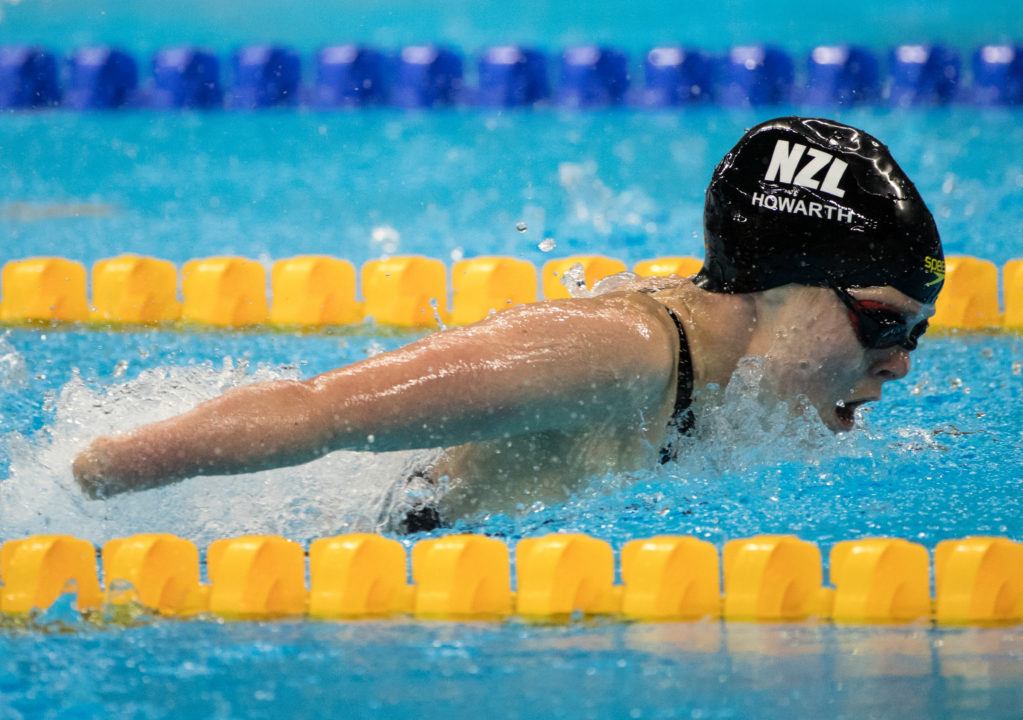 "Due to my auto immune disease my body is no longer letting me continue to perform at the highest level," Howarth, a two-sport athlete in para swimming and cycling, said. Archive photo via Al Tielemans for OIS/IOC

Howarth, 20, became a two-sport athlete in 2017 when she took up para cycling in addition to swimming.

“From the time I first set my sights on Paralympic success I have worked hard and sacrificed a lot to achieve my goals. Para sport has provided me with amazing opportunities to be the best I can be across both Para swimming and Para cycling,” Howarth said. “I hope that many disabled New Zealanders get to experience what I have like travelling around the world and making lifelong friendships while achieving their goals. I feel as if I have achieved what I aspired to do and I am proud of that.”

“The decision to retire has not come easily however due to my auto immune disease my body is no longer letting me continue to perform at the highest level. I have always known there is much more to life than just sport and I’m now ready to move on and develop my life in other areas. I recently started a retail job that I am really enjoying and looking forward to see where that may lead in the future.”

Howarth made her Paralympic debut at age 13 in 2012, making her New Zealand’s youngest-ever Paralympian; she became a world champion a year later. In Rio she won the SM7 200 IM and took bronze in the S7 50 fly.

Less than a year after picking up cycling, she competed at the UCI Para Cycling Track World Championships. In December 2018, Howarth broke the flying 200m sprint world record.

“From the time Nikita was identified in Taranaki at the 2009 Independence Games as a 9-year-old it was evident she had what it would take to become a Paralympic Champion,” Paralympics New Zealand High Performance Director Malcolm Humm said. “We look forward to continuing to work with Nikita to identify ways in which she can continue to be involved in the Paralympic family. We wish her all the best for the future.”