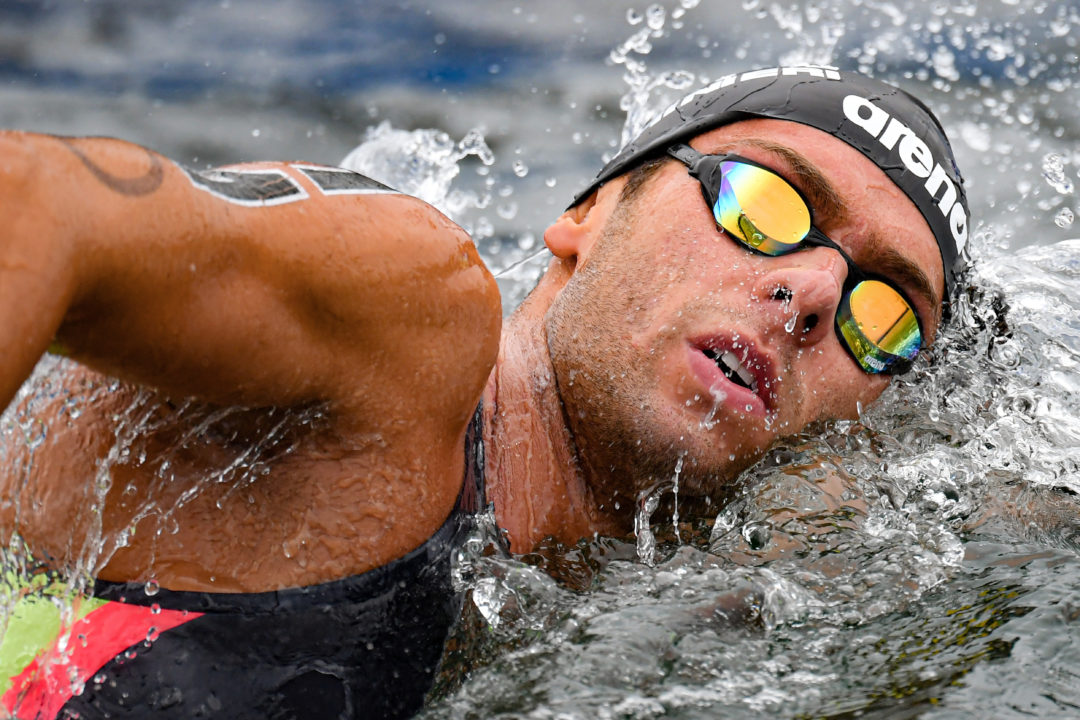 The 36-kilometer open water swim spans from the Island of Capri in the Tyrrhenian Sea through the Gulf of Naples to the city of Naples in Italy. The historic event has been going on since 1954. The swim takes roughly six to seven hours.

Unique to the Capri-Naples swim is that athletes have lots of flexibility on their routes. The opening portion allows athletes to determine their own course, often based on water currents, before all routes converge to a buoy-lined stretch near the end. The event website lays out some sample routes and strategies here.

Paltrinieri will be headliner. He’s been on fire the past month, stretching back to his European record 14:33.10 in the 1500 free at the Sette Colli Trophy in Rome. Paltrinieri is proving to be a true double-threat, crossing over into open water a few days later to win the Italian 10K national title.