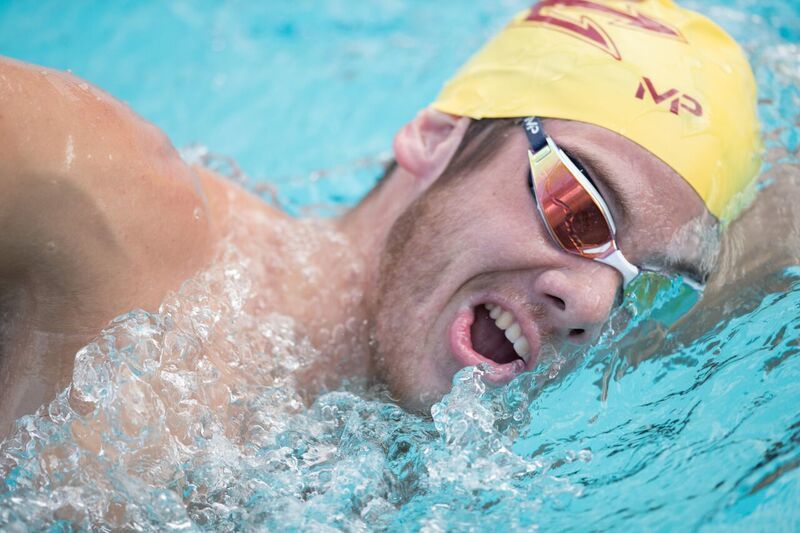 Arizona State junior Cameron Craig is no longer a part of the Arizona State men’s swim team, the school confirmed to SwimSwam Thursday.

We originally reported that he was sitting out the fall semester for undisclosed personal reasons, and ASU declined further comment this time around “out of respect for [Craig’s] privacy.”

Update: Craig may return to swimming this summer and is leaving the possibility of an NCAA return open. He gave SwimSwam the following statement:

“I love Arizona State and the staff of the team was amazing and supported me through out my time there. Whether I return to the NCAA is up in the air, I haven’t had any conversations with any school yet, but I do plan to return this summer possibly.”

I heard he’s back. So glad he’s done with all of the drugs 🙏

Everyone assuming its bobs fault when it actually has nothing to do with him. stop trashing his name if you dont know what happened.

I’d like to know the story behind why Cameron’s nickname was “Big Horse.”

He swam to an NCAA A final as a freshman training with Ryan Mallam, who was abruptly fired without explanation.

Self-proclaimed “horseman” Bob Bowman proceeds to ride Cameron to a B final the following year, confirmed allegations of sexual harassment directed at Clark Burckle surface the following summer (https://swimswam.com/arizona-republic-obtains-publishes-full-bowman-burckle-text-messages/), and now one of the brightest young stars at ASU isn’t swimming at all.

If you think those actions aren’t part of a pattern of abuse, then you’re part of the problem. When people like Bowman build a career on being unaccountable and having protection from national (and now collegiate) bodies they treat people… Read more »

Thank you! Im sure others were thinking that

Thank you Cameron for making a statement to clear up some assumptions. It’s not fair to the current staff and team to trash ASU due to what sounds like a very personal decision for Cameron.

It’s clear as mud. But I’ll accept that it wasn’t Bowman that’s the problem, at least in this situation

Bob likes to use his toys until they break.

It’s a shame to see Cameron have to step away from the sport, but it’s probably the healthiest move for him.

Thanks to all responding on this article with their own personal experiences. You provided great specific questions to ask my d1 freshman. Much appreciated.
I hope this wonderful kid Cameron finds a place to land. Best of luck to him.

Cameron Craig was/is one of the best rising stars in recent years. I sincerely hope that if he chooses to continue his swim career that he finds a place where he can enjoy these college years and reach his potential. If he chooses not to swim or can’t for some reason we don’t know, wishing him the best!!!!