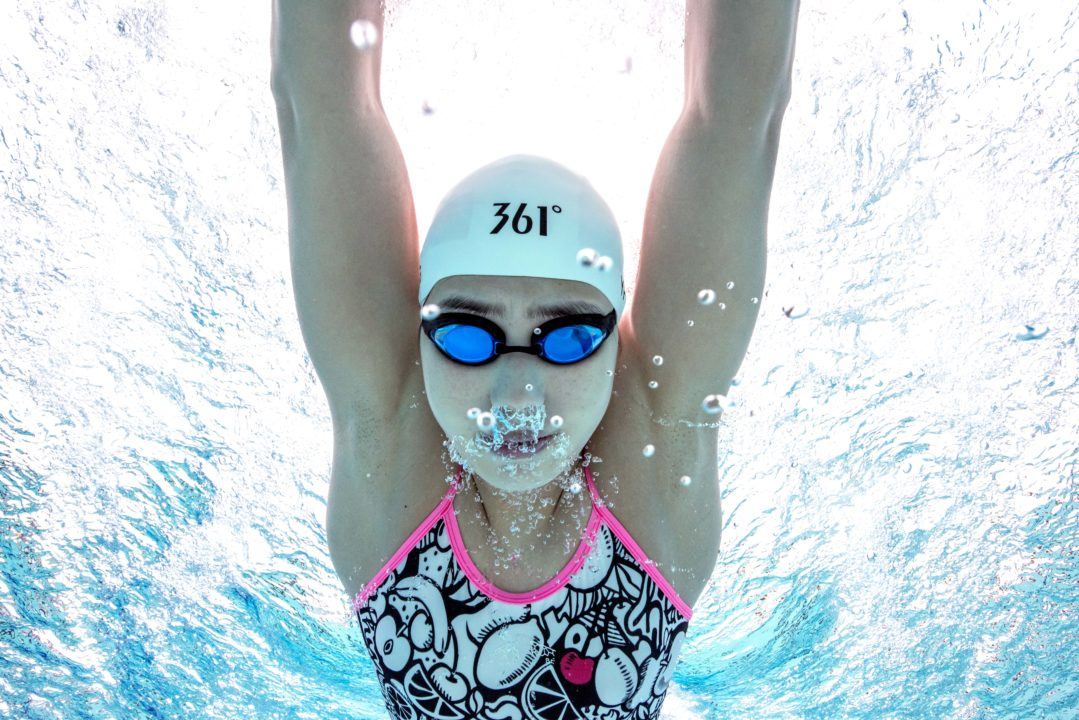 Although Zhang Yufei already owns the Chinese national record in the women’s 100m fly with the 55.62 she put up just this past September, the 22-year-old was within range of that mark once again during tonight’s prelims.

While competing on day 2 of this Chinese Invitational, whose format mimics Tokyo 2020 with prelims at night followed by finals in the morning, Zhang posted a top-seeded mark of 56.18.

For additional perspective, Zhang’s 56.18 would have taken the silver behind winner Maggie MacNeil (CAN) at the 2019 FINA World Championships in Gwangju, Korea. Instead at that meet, Zhang produced a time of 57.93 to finish in 13th place.

Yang Junxuan also produced a super solid swim in tonight’s heats of the women’s 200m free. Stopping the clock in a time of 1:56.27, her outing here overtakes her previous season-best of 1:56.38. That was registered at September’s Chinese National Championships, rendering her the #2 swimmer in the world behind Australia’s Ariarne Titmus’ 1:55.93.