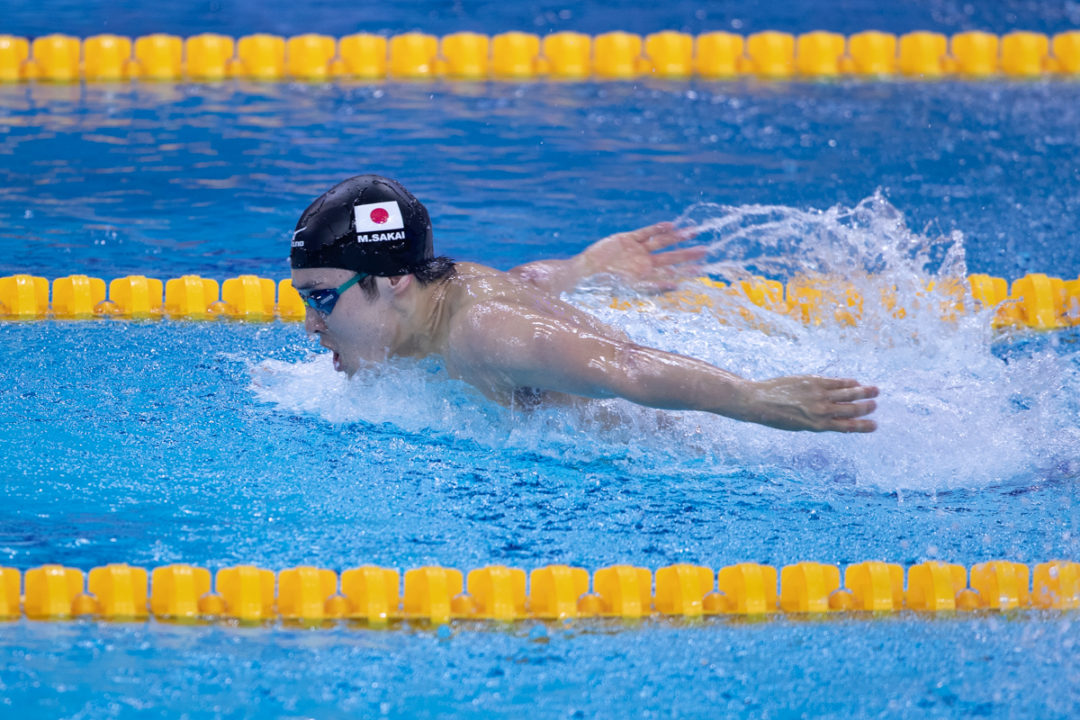 Japan's Masato Sakai might not have won the men' 200m fly race in Budapest, but he still put up a meaningful performance of his own. Archive photo via “Rafael/Domeyko Photography”

Hungarian Kristof Milak topped the men’s 200m butterfly race in Budapest tonight, clocking a monster mark of 1:53.64 for the win at the FINA Champions Series. Behind him, however, was the Olympic silver medalist from Rio in Japan’s Masato Sakai, who might not have won the race, but he still put up a meaningful performance of his own.

In August 2018, 23-year-old Sakai underwent surgery to address a Ganglion cyst affecting one of his shoulders. The issue caused the swimmer pain and hindered his swimming, rendering Sakai off of the Pan Pacs and Asian Games rosters for Japan.

Flash forward to the 2019 Japanese Swimming Championships this past March and Sakai wound up 4th in the men’s 200m fly event, clocking a time of 1:56.65 to find himself off the World Championships roster. His outing in Tokyo was well off leader and short course World Record holder Daiya Seto, who logged a winning time of 1:54.44.

Leading into this FINA Champions Series meet, Sakai said he would be happy with a time of 1:56, so the fact he dropped well below that marker is a good sign that his mind and body are on the right track. In fact, his time tonight is his fastest since the 2017 World Championships where the man threw down a time of 1:55.04 for 6th place in the final in this same city.

The Japanese still have another opportunity to try to make the roster for the World Championships with the Japan Open Swim slated for the end of this month.