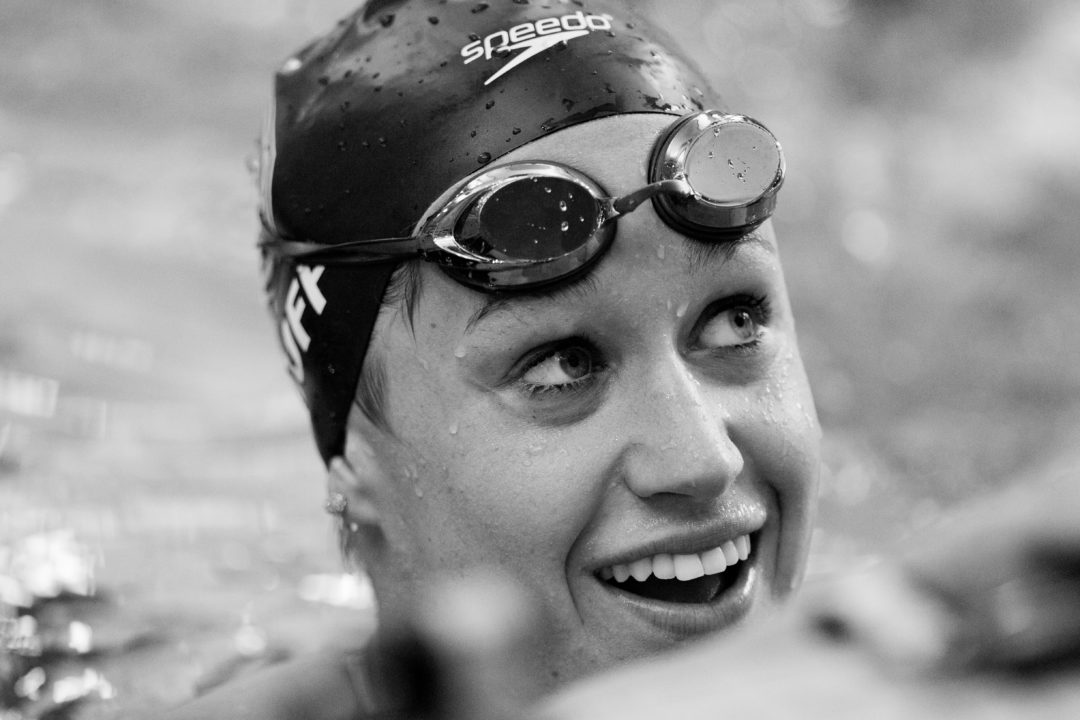 The 26-year-old Hoff posted a statement to her social media accounts Monday afternoon explaining her decision to retire from the sport after two Olympic appearances that netted her one silver and two bronze medals.

I have given this a lot of thought and after 1.5 of struggling with the effects of blood clots in my lungs, I have decided to officially retire from the sport of competitive swimming. While this has been an extremely frustrating decision to have to make, I have consulted with my doctor and concluded that retiring is the best choice for my long-term physical and mental health and happiness. Unfortunately, the length of time that the blood clots were undetected has resulted in a buildup of scar tissue that have decreased my lung capacity, which is significant enough to make swimming at the highest level an unrealistic option for me.

I have a lot to be thankful for over the course of my career, it was a dream come true in so many ways. The opportunity to travel the world and represent Team USA at the Olympics and World Championships was truly an honor for me. Sure, I had my ups and downs, but I will never forget what swimming has given me. I can’t thank my family, coaches, teammates, friends, my agency Octagon, and the entire swimming community enough, who supported me no matter what along the way. My husband, especially, has been my rock of support and empowerment and I am forever grateful.
The next chapter will be an exciting yet challenging one, but I am looking forward to all that lies ahead. ?With Love, Katie

Hoff competed for Team USA at the 2004 and 2008 Olympic Games, but took an extended break from competition in 2013 after missing the U.S. Olympic team for the 2012 London Games.

Hoff began training again at the University of Miami and made her return to competition in 2014. Her comeback effort started very strong, but health problems derailed her past two summer seasons. In 2014, she was forced to scratch out of both U.S. Summer Nationals and the Short Course World Championships due to blood clots in her lungs that made air travel dangerous and difficult.

This past summer, Hoff had surgery for an enlarged gland in her chest, taking her out of commission for U.S. Nationals once again.

In her career comeback, Hoff had put up some of the nation’s fastest times in-season, and looked like a contender for the 2016 U.S. Olympic team had health issues not gotten in the way.

In her statement, Hoff expressed excitement at the next stage of life. The 26-year-old was married over the summer to husband Todd Anderson.

So sorry to read this as I was rooting for Katie in her comeback, but it makes sense. Best of luck in the next stage of life!

I hope she feels good about her career. I feel like we as outsiders and fans had a lot of expectations for her, and it often framed her career in terms of what she “didn’t” accomplish. Now that she has retired I’d just like to say congrats on some truly remarkable accomplishments, and that as a fan I always enjoyed watching her swim.

Cheers to the next chapter!

Health is the most important thing.
I will miss Katie.
I’ve always cheered on her during all her career.
I will miss her smile.
She has had ups and downs like everyone.
My worst memory was when she was beaten in the last meters of the 400 free in Beijing. I felt so bad for her. She deserved so much an olympic gold medal. That defeat has been awful for her in my opinion.
My best memory was when she dominated the 400 IM at 2007 world championships and broke the world record. She was at her top there.

Best of luck for the rest of your life.

She might not have won the olympic gold (the one she deserved)! But she is one of the greats!