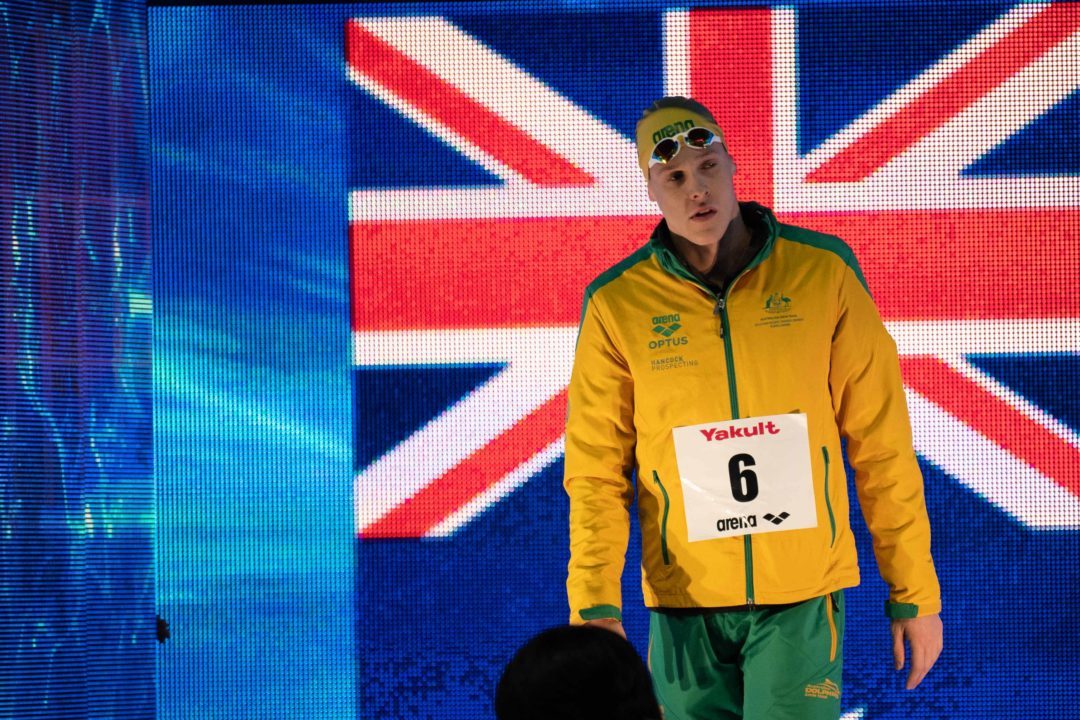 Backstroking and IM ace Mitch Larkin told the Australian Associated Press today, "I got the FINA invite but I said no." Archive photo via Mike Lewis/Ola Vista Photography

Along with Olympic medalists Cate Campbell and Maddie Groves, another elite Australian has announce he will be forgoing the FINA Champions Series in favor of the International Swim League (ISL) series.

Backstroking and IM ace Mitch Larkin told the Australian Associated Press today, “I got the FINA invite but I said no. I want to stay home and train, the world championships (in July) is the main focus this year, plus a year out from the Olympics you don’t want to bite off more than you can chew.”

He added, however, that, “But the ISL is something I am excited about. The more chances you get to race the best in the world, the more confident you become.”

“The ISL will keep FINA in check. For years they had really strict regulations around corporate revenue and sponsorship. It limited opportunities to create money. With the ISL it’s a great opportunity to keep FINA honest.

“They (FINA) are now going to reassess their regulations and try and keep the swimmers happy but they have some more work to do.”

The Champions Series will be swum in long course with athletes participating on an invite-only basis and will include a team scoring format. It was announced in December amid FINA’s attempt to block the International Swim League, which has a similar format. The three-leg series has stops Hangzhou April 27-28, Budapest May 11-12, and Indianapolis May 31-June 1. The series will offer appearance fees and over $4 million in prize money.

However, for Australian swimmers, the timing of the FINA Champions Series couldn’t be worse. The 2019 Australian National Championships take place in April, right alongside the first Champions Series stop in Hangzhou. Then, the nation’s actual World Championships Qualifying Trials fall in June, which is also the month of the 3rd Series stop on the other side of the world in Indianapolis.

TBH, whilst I’m usually a FINA sceptic; I think AUS swimmers should look far closer to home when sheeting home the blame for this clash …….. namely their own federation Swimming Australia. Whilst they’ve made the move to hold the selection meet as close as possible to the main international event; they still insist on holding a National Championships at its “traditional” time in early April and the AUS competitive season is still anchored in summer/early autumn. The mind boggles …….. they’re already crying poor (and their current Fairy Godmother has just dropped 2.8 bn in net worth) and they’re still staging 2 National meets within a couple of months of each other. They need to make up their mind… Read more »