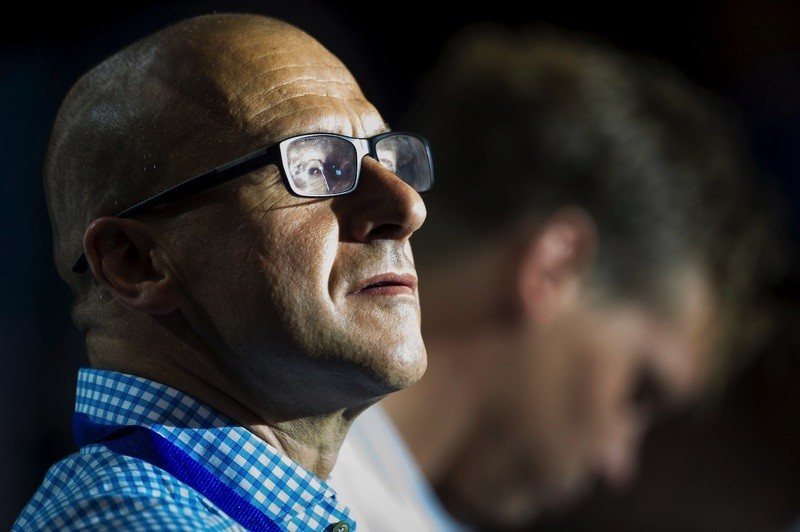 At the ISL Summit on Tuesday morning at Stamford Bridge in London’s Fulham neighborhood, 12 cities were announced as the...

At the ISL Summit on Tuesday morning at Stamford Bridge in London’s Fulham neighborhood, 12 cities were announced as the likely hosts of teams in the professional league. Athletes will continue to train and represent their home clubs in USA Swimming competition, but as a separate entity athletes will be signed to one of 12 clubs across the United States and Europe. The ‘clubs’ are commercial entities, not formal training clubs as we’re used to, so swimmers from countries not on this list (Australians, Asians) are eligible to join teams.

The dates for the regular season have been described as ‘tentative,’ but were also described as ‘likely to happen.’ The semi-finals and final will be in Las Vegas from December 17th-22nd, 2019. The top 8 clubs from the regular season (the top 4 American clubs and top 4 European clubs) will advance to the semi-finals. What is set in stone is the location and dates of the semi-finals and finals: the Mandalay Bay Events Center in Las Vegas. That final will be a short course meet to concentrate the sound; during the regular season, the meet competition format will be determined by the host team. The situation will continue to remain flexible in concert with input of television broadcasters.

That flexibility was a common theme at the meet, and one that will be new for athletes and could be a tension point as the series develops. The format of meet, in terms of session lengths and races involved and course, will be evolved to create the best show, in concert with media. That includes a focus on placing, not times – times don’t matter other than as a way to determine the placing of athletes, which will be a shift.

Meets will be scored via 9-7-6-5-4-3-2-1 for the top 8 finishers (with relays scoring double). At the end of a meet, teams will be ranked and receive league points that will go into the regular season table. Athletes will be allowed to swim unlimited events, and in an effort to push the coach’s role as ‘manager,’ not just as ‘trainer,’ the event lineups will be given to coaches and athletes only very shortly before each session. Event decisions will be made by coaches on the fly, with 2 athletes per event per team, and 2 relay teams per event.

The meets will also include a ‘skins’ race at the conclusion, for extra points.

There was emphasis on the

Meets will run almost every weekend between the 2019 Pan American Games and the end of the year, with a month break between the regular season and the semi-finals.

This prize money is described as “the minimum value” as the league sits now with no sponsors or revenue, based on the league’s approximate $15 million budget for 2019. The money would then increase any revenue over that $15 million, divided between the league and athletes.

The minimum prize money available (without club salaries or appearance fees) for the season is $5.3 million – exceeding prize money for the World Cup Series by double ($2.5 million). All athletes that compete for the league-champion team will receive $10,000, in addition to all other money.

Each athlete will sign a contract with their team and another with the ISL – creating two sources of money, one that runs through the clubs, and one that comes directly for the league. In 2019, the ISL will cover all travel costs for all athletes.

So Australians in the British based team but no mention of Scots, Welsh or Irish. Something wrong there.

Nice, I mentioned the professional swimming league similar to NFL, NBA a few years ago on this website to increase paycheck for swimmers. It is nice to see this coming. Great work.

Not sure how this is going to play out with no sponsors on board but would be great to see it successful.

So is this going to be SCY or SCM in the USA?

what do you need to do to join the league

Good question. I’m going to assemble a lot of these into a “questions from the comments” piece digging in deeper, but right now it’s a matter of signing with a team. This week, discussion over creating parity has picked up, but nothing firm there has changed beyond just ‘find a team that wants you.’

I’m my opinion it would have been extremely cool with a dream draft 2019 where the pick the whole team and then a rookie draft each year after World Championships/Olympics/ European Championships in the summer. I think that would make our sport more popular.

I agree, I DO think that would be very cool. However – what I can say is this – there is a lot of talk about optics, and about how “the athletes want to swim at this meet in Turin and someone tells them they can’t.” That’s what a lot of the conversation in London has been about. And so not allowing the athletes the freedom to sign with the team they want would be counter to that. Especially, say, if an American based in California was signed by the team in Budapest. That would not be ideal for them.

Yes i agree with you, that’s an obstacle.
One solution to that would be if the swimmers who’s interested in being drafted have to sign up for the draft. If they are preferring to be drafted by a European team they can sign up for just the European draft.

My question is what would swimmer from Asia, Africa, South America and Australia do? I guess they want to be part of the ISL too.

There’s a fine line between innovative and gimmicky. But….

Points system would be more intuitive if it ran 10,8,6,5,4,3,2,1 – humans just like decimal systems
Wonder if there might be some mileage in two ‘leagues’ – a ‘swimmers championship and a clubs championship (think F1)
Is it presumed that each ‘club’ will be the home club for one leg of the league?

I know it’s not a “flashy” city but as far as the necessities of a city being the right fit I would say INDY should be close to the top of the list. Logisticly it is perfect. Host site speaks for itself. IN Swimming I would venture to say would support it. What am I missing here?

I don’t think the ISL vision includes IN Swim, nor even really what were referred to as the ‘hardcore fans.’ Not that they’re going out of their way to alienate them, but it was stated several times in the meetings that the interest was in the ‘general public’ and not the ‘hardcore fans.’