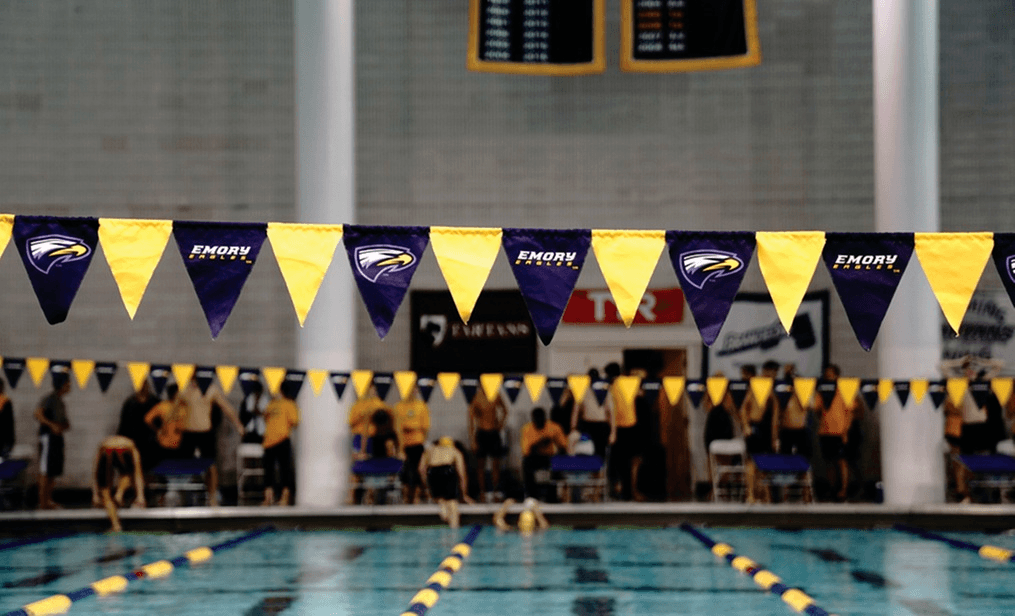 Bob Hackett, a former Olympian and 1976 Silver Medalist in the 1,500 Freestyle, is set to join the staff full-time. Current photo via Emory Athletics

Chris Marshall, an assistant coach on the Emory University Swimming and Diving staff since 2004, has been named the Aquatics Director/Head Swimming Coach at Marist School in Atlanta. He will assume his new position on August 1, 2018.

Bob Hackett, a former Olympian and 1976 Silver Medalist in the 1,500 Freestyle, is set to join the staff full-time. Hackett served as a volunteer assistant with the Eagles during the 2017-18 season.

“In my 15 years at Emory, I’ve been able to be a part of something much larger than just me and just coaching” Marshall stated. “I’ve made countless friendships and memories with Emory swimmers current and former that I will cherish the rest of my life. I’ve grown as a coach, a person, and a father because of the experiences I’ve had during my time at Emory. As I leave, I know I’m leaving Emory as the best college swim program in the country.”

Since Marshall’s arrival to the Eagles’ staff in the fall of 2004, Emory has seen extraordinary success in the pool with both the men’s and women’s program finishing no worse than fifth nationally and both teams combining to win 12 NCAA Division III national championships. He helped Eagle swimmers to 41 individual and 40 relay National Championships, 867 All-America certificates and four national Swimming of the Year awards (Liz Horvat in 2009, Andrew Wilson in 2015 & 2017, and Oliver Smith in 2018).

Marshall was also a key contributor during the teams’ dominance in the University Athletic Association (UAA) over last two decades, winning conference titles in each of his 14 seasons. He was part of the conference’s coaching staff of the year on 11 different occasions and coached 17 conference swimmers of the year and 14 conference rookies of the year.

“It is with mixed feelings that we say goodbye to Chris as a member of our coaching staff,” Head Coach Jon Howell said. “Chris has been an incredible contributor to our success over the years and he will be missed. Marist School offers him and his family a wonderful opportunity and we are excited to follow his accomplishments in this next chapter of his coaching career.”

He attended Harvard University and enjoyed an illustrious career with the Crimson. Hackett helped Harvard to Ivy League titles all four years and was a seven-time Ivy League Champion including a three-time winner in the 1,650 Freestyle. By the time he graduated, he held eight different school records and won the 1981 William J. Bingham Award. He was inducted into the Harvard Varsity Club Hall of Fame as a member of the Class of 2000.

“We are thrilled to officially welcome Bob to our coaching staff,” Howell added. “Bob brings an incredible amount of experience, enthusiasm and perspective to our team. He is a legend in the sport of swimming and we are excited to learn from his approach to excellence.”

The Eagles are coming off a 2017-18 campaign where the women’s program captured its ninth consecutive NCAA Division III national crown and 11th overall while the men’s team finished as national runners-up, the fifth second place finish in team history.