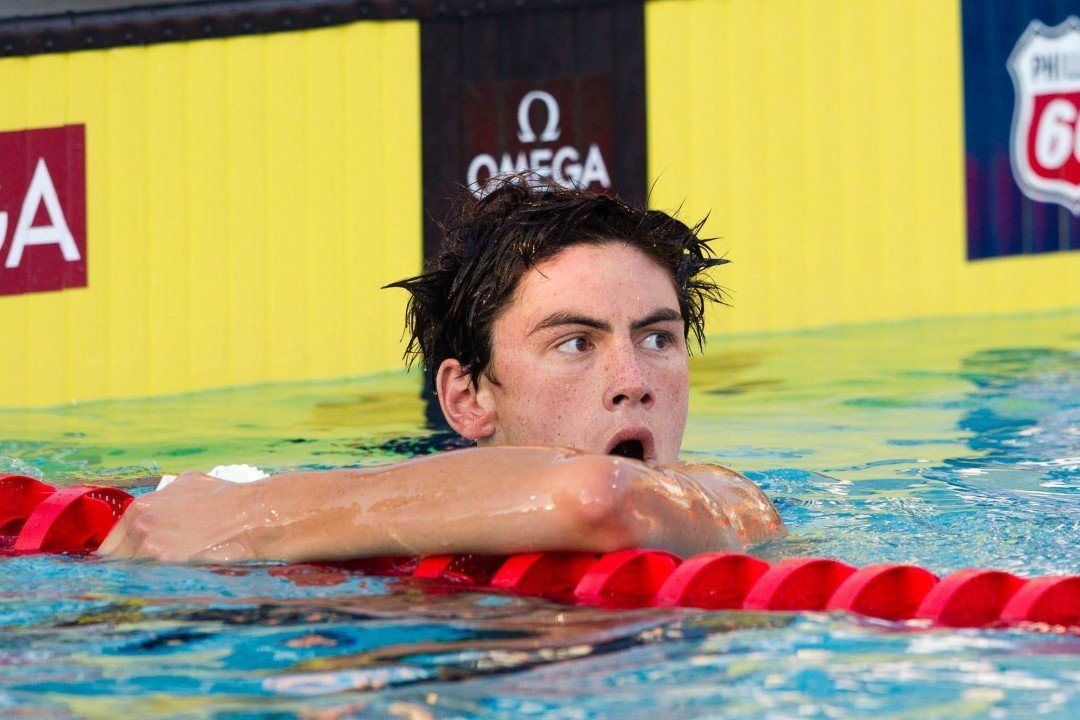 Jonathan Rutter won his fourth individual gold on the final day of the 2018 Oceania Championships.

The final day of pool swimming at the 2018 Oceania Swimming Championships in Port Moresby, Papua New Guinea wrapped up on Friday, with the open water 10k race still to be contested on Saturday. Highlighting the final night of action was New Zealand’s Jonathan Rutter and Hawaii’s Grace Monahan, both of whom won their fourth individual gold medal of the meet.

Rutter finishes the meet with individual golds in the 100/200 breast and 200/400 IM, along with relay titles in the 400 free and medley relays for six golds. He also added silvers in the 50 breast and 800 free relay for eight total medals.