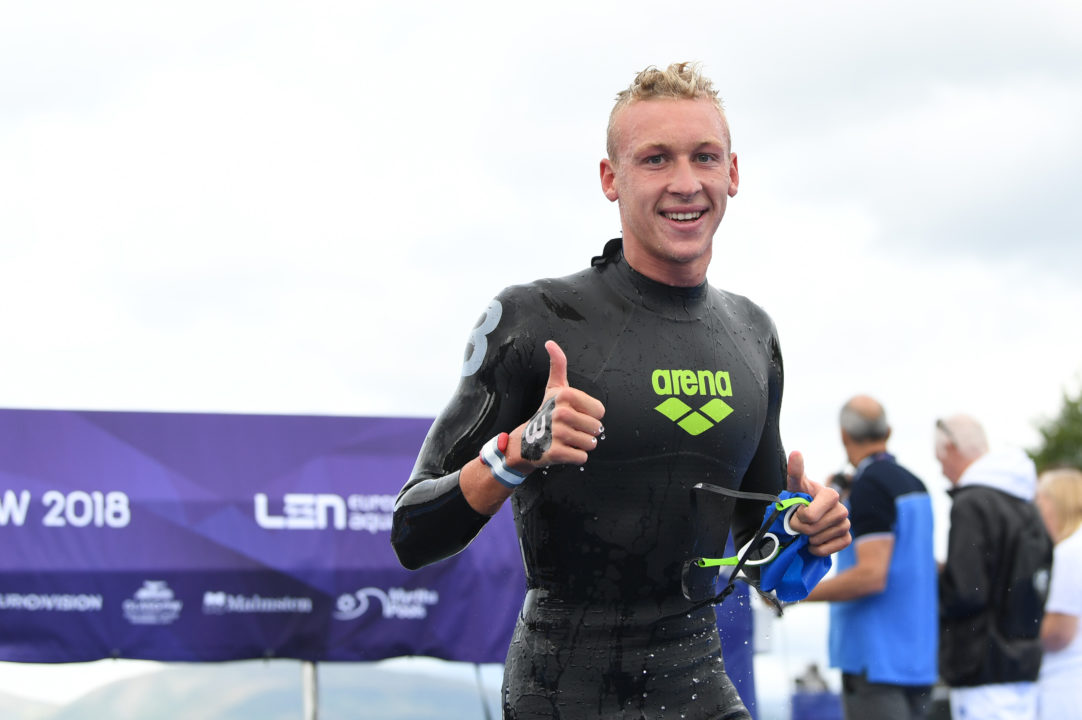 France's Marc-Antoine Olivier won the men's 10K, finishing in 1:52:02.40, more than three seconds ahead of anyone else. Current photo via Stephane Kempinaire / KMSP / DPPI

The 25-year old Arianna Bridi has been prescribed “total rest” to treat inflammation in her heart. She won bronze medals in the 10km and 25km races at Worlds in 2017.

The 2021 FINA Marathon Swim World Series began this weekend with the Doha, Qatar stop, featuring nearly 100 athletes from 27 countries. It was the first World Series stop since this same event last year, weeks before the onset of the COVID-19 pandemic. The 10K race was held for men and women in Doha earlier today.

France’s Marc-Antoine Olivier won the men’s 10K, finishing in 1:52:02.40, more than three seconds ahead of anyone else. Olivier is an Olympic bronze medalist and he took the bronze in this event at 2019 Worlds. He successfully repeats after winning the event in 2020.

The top eight finishers on the men’s and women’s sides earn prize money, with winners taking $3,500 down to eighth place finishers bagging $650. Top-ten finishes earn points for the overall prize at the end of the World Series, where the top finishes is awarded $50,000. Read more about prizes and points here.