Olivia Smoliga: “I feel like I really sunk my teeth into the race” (Video) 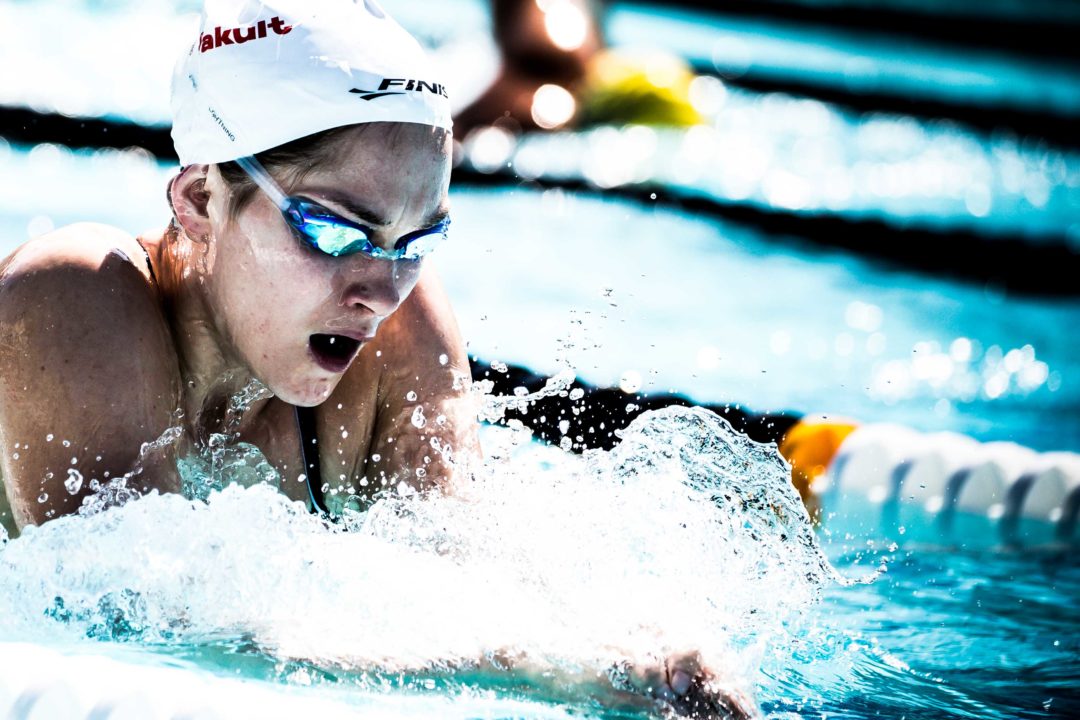 Olivia Smoliga has swam both the 100 and 200 frees this weekend in Des Moines, and discussed her racing as well as the first season of ISL with SwimSwam Current photo via Jack Spitser/Spitser Photography

In a hotly contested women’s 100 free final that saw four women break 54, Siobhan Haughey powered her way to the win in a time of 53.30, breaking her Hong Kong National Record of 53.32 set last June. Haughey lowers her season-best of 53.33 set in January to break out of a tie with Ranomi Kromowidjojo and take sole possession of fifth-place in the world rankings this season.

Simone Manuel was just a tick slower than Haughey on both 50s to take second in 53.55, a tenth off her time from the Knoxville PSS in January (53.44).

Allison Schmitt and Mallory Comerford were both out a bit slower than the two front-runners at the 50 but closed well to take third and fourth in 53.80 and 53.87 respectively. Schmitt’s time stands up as a new best, lowering her 53.87 from the 2016 Olympic Trials. For Comerford, it marks her first time sub-54 this season.

Team Elite’s Andi Murez got her hand on the wall first in a tight B-final, clocking 54.80.