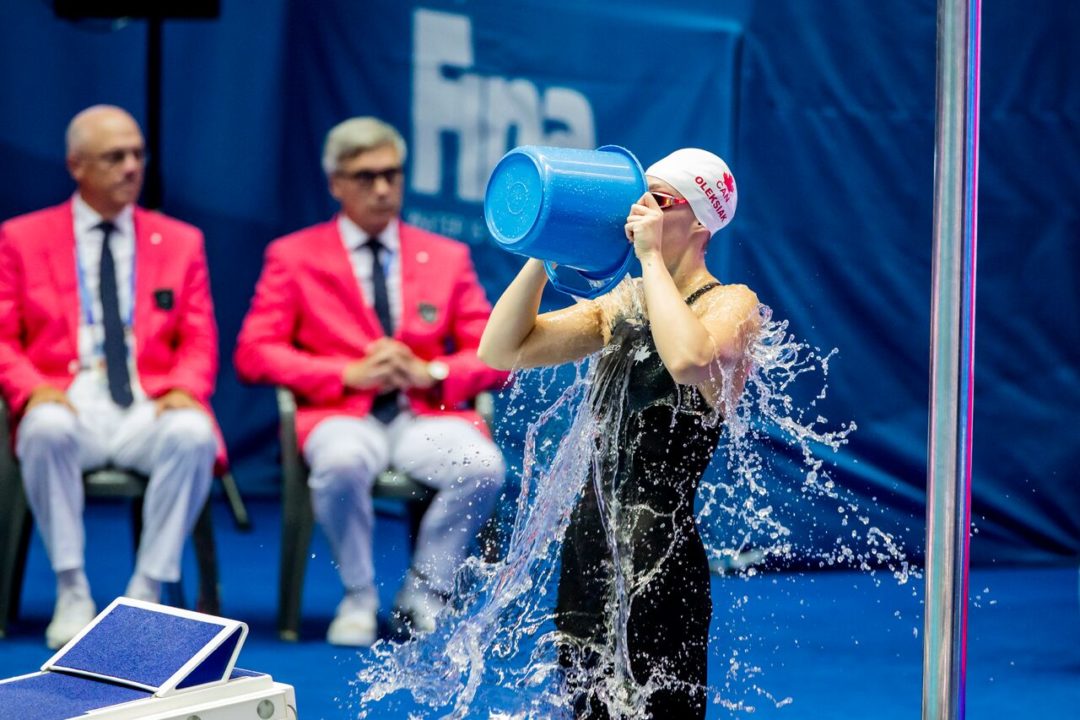 2016 Olympic gold medalist Penny Oleksiak is one of the Canadian superstars set to compete this weekend at the Winter Ontario Champs in Scarborough. Archive photo via Joseph Kleindl

A loaded field of Canadians heads to the Winter Ontario Swimming Champs this weekend at the Toronto Pan Am Sports Centre in Scarborough in what will be a preview of sorts of the upcoming Olympic Trials which will take place in the same pool in less than a month.

Masse, who became the first woman since 1975 to successfully defend the world title in the 100 back last summer in Gwangju, is entered to swim that race, with Ruck the #2 seed. That will be Masse’s only backstroke race of the meet, as the Rio bronze medalist will race the 100 fly, where she’s seeded fourth, rather than the 200 back.

Oleksiak, the co-Olympic champion four years ago in the 100 free along with American Simone Manuel, will swim that race and the 100 fly along with the 200 free.

Other notable names racing on the women’s side include Kayla Sanchez, who’s coming off a strong performance for Energy Standard in the International Swimming League’s inaugural season, Rebecca Smith, who was 10th at the 2019 World Championships in the 100 fly, and Mabel Zavaros, the top seed in the 800 free and 200 fly, who is taking a redshirt year from the University of Florida. 2016 Olympic medalist in the 800 free relay Kennedy Goss is also entered.

Summer McIntosh of Etobicoke, who dismantled the 11-12 National Age Group Record book, will also be competing as she looks to tackle some 13-14 records.

On the men’s side, Yuri Kisil highlights the action as the top seed in the men’s 50 and 100 free. Kisil finished 10th in the 100 free at both the 2016 Olympics and 2017 World Championships, and has since moved from UBC to train in Toronto after the summer of 2018.