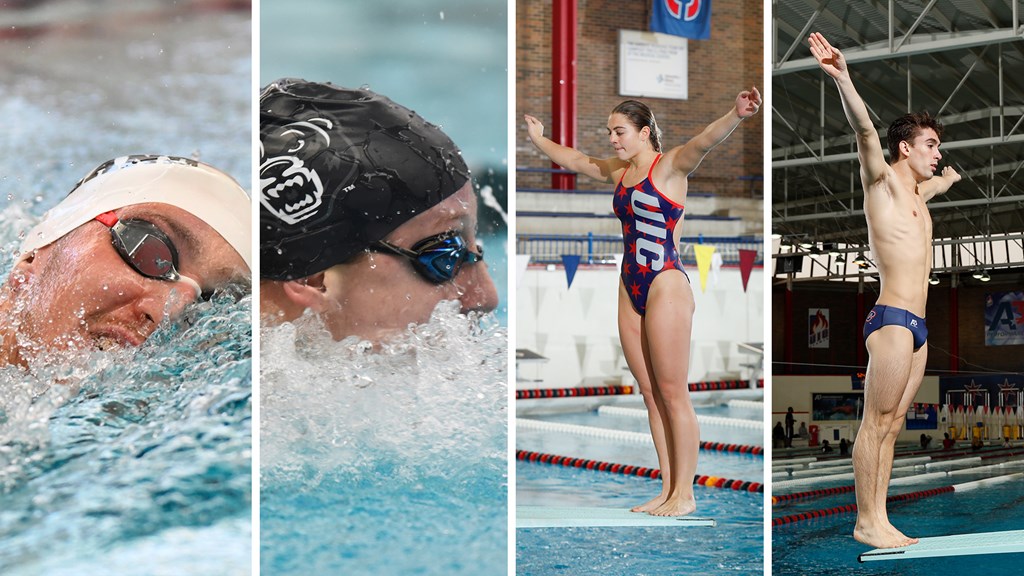 INDIANAPOLIS – Oakland picked up both the Nike #HLSD Men’s and Women’s Swimmer of the Week awards with Marko Khotynetskyi and Katie Colwell earning several event wins against Michigan State last weekend. UIC’s Felix LaFortune and Cydney Liebenberg return this week as the Nike #HLSD Men’s and Women’s Diver of the Week with both athletes meeting NCAA Zone qualifying scores and winning their diving events.

LaFortune increased his score on the 3-meter board for the third straight meet, scoring a career high 358.27 to take first place.  It was his fifth NCAA Zone qualifying score of the season.  He also set a zone standard on the 1-meter board, scoring 308.77 and taking second place.

Liebenberg won both diving events for the fifth straight meet.  She remained undefeated on the 3-meter board, topping 300 for the fourth time and posting her sixth NCAA Zone qualifying score.  She won the 1-meter event with a zone qualifying score of 287.85.  She was over 40 points ahead of second place in both events.