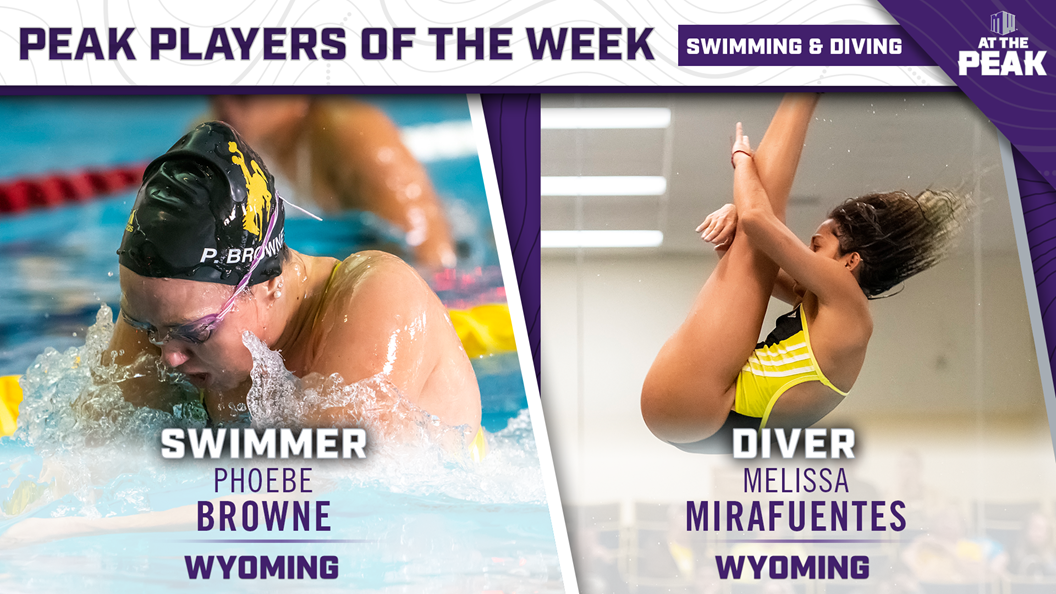 COLORADO SPRINGS, Colo. – Wyoming’s Phoebe Browne and Melissa Mirafuentes have been named MW Swimming and Diving Peak Players of the Week. Browne was named swimmer of the week, while Mirafuentes garnered diver of the week.

2019 Mountain West Swimming and Diving Players of the Week