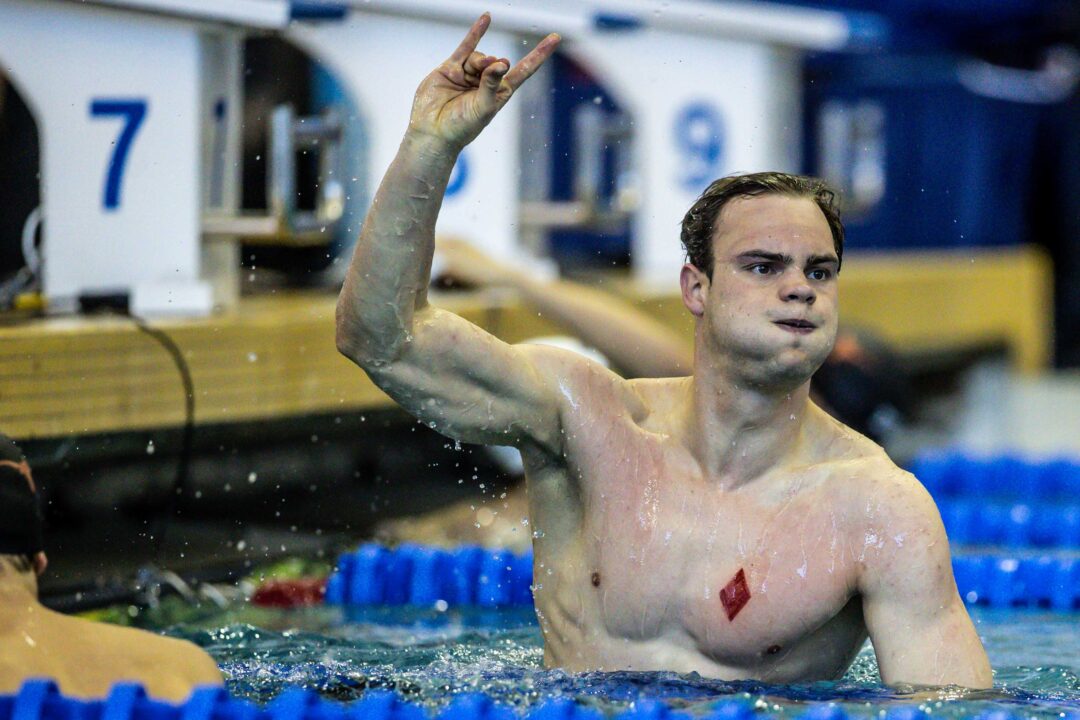 Two national records and multiple meet records bit the dust over the weekend at the 2022 Speedo Fast Water Meet in the Netherlands. Archive photo via Jack Spitser/Spitser Photography

Straight off of his racing at this year’s World Championships, NC State’s Nyls Korstanje took on the men’s 50m fly here in Amsterdam, firing off a new Dutch standard en route to gold.

Korstanje hit a SCM time of 22.25 to beat the field by about a second. In doing so, Korstanje shaved .10 off of his own previous lifetime best and national record of 22.35 he logged nearly 2 years ago.

Taking the men’s 50m free was Thom de Boer, posting the only sub-21 second time of the field in 20.90. That mark falls just .08 outside of the 30-year-old Olympian’s lifetime best and Dutch national record of 20.82 notched at this same meet last year.

Meet records fell this weekend at the hands of Marrit Steenbergen, with the 22-year-old producing a mark of 52.43 to take the women’s 100m freestyle. Opening in 25.59 and closing in 26.84, Steenbergen hit the 5th fastest time of her career.

Finally, Valerie van Roon struck gold in the women’s 50m free in a time of 23.94. That also came in as a new meet record as well as the speedster’s first time under the 24-second threshold in the short course meters edition of the event.